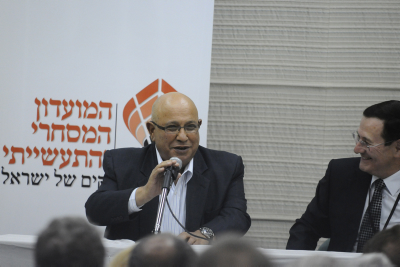 The Ministerial Law Committee on Sunday authorized for Knesset legislation a law that would allow the Security Cabinet to authorize IDF actions that could, or definitely will, set off a war. The legislation approved is actually a combination of two laws proposed by Justice Minister Ayelet Shaked.

Under certain circumstances, the Security Cabinet will be able to make those decisions even if not all of its members are available to approve it.

The law is in essence a proposal to change a Basic Law, considered by the High Court the text of an Israeli constitution. Currently, the law requires military actions that are likely to or will lead to war to be approved by the entire government.

The Security Cabinet includes ten members of the government, which has a total of 27 ministers.

According to Hadashot News, the reason for the law – of which Prime Minister Binyamin Netanyahu is a strong supporter – is to prevent leaks in the planning of major security operations. The law was actually first suggested in a report by an independent Knesset commission which examined the activities and effectiveness of the government in security situations.

Senior legal officials said that the legislation would make much clearer what the criteria for taking serious military actions were, and who would be responsible for them. According to the report, Netanyahu has been anxious to institute this legislation for over seven years – since Netanyahu and his then Defense Minister Ehud Barak had tried to implement a security action that was vetoed by then IDF Chief of Staff Gabi Ashkenazi and Mossad head Meir Dagan, who claimed that the action would lead to war, and thus required a full Cabinet decision. In the end, the action – whose nature was not described due to its top-secret and supersensitive nature – was canceled.

Minister Shaked said that the legislation was necessary in order to prevent such incidents from recurring.