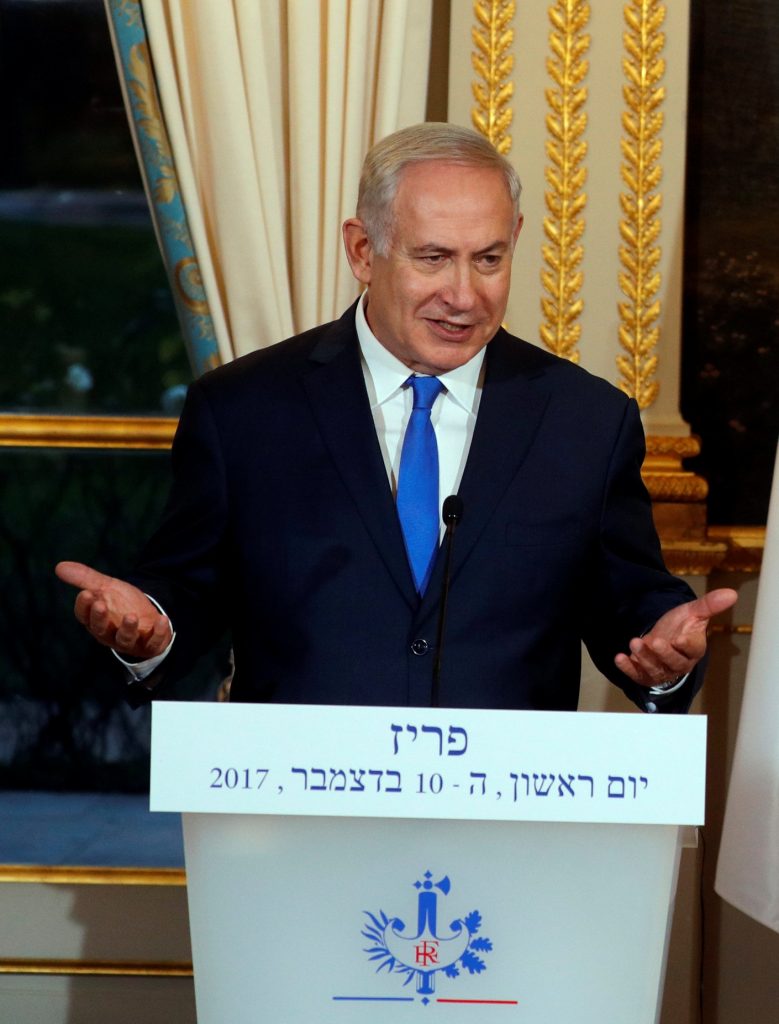 Relations between Israel and Turkey seemed to be rapidly deteriorating in a series of vitriolic exchanges between Israeli Prime Minister Binyamin Netanyahu and Turkish President Recep Tayyip Erdoğan in the wake of U.S. recognition of Yerushalayim as Israel’s capital.

In response to Erdoğan’s verbal barrage against Israel over the weekend, PM Netanyahu lashed out on Sunday, calling him a brutal dictator who backs terror groups that “kill innocent people.”

Earlier, Erdogan vowed to use “all means to fight” against the U.S. recognition, which he referred to as “null.”

“Palestine is an innocent victim… As for Israel, it is a terrorist state, yes, terrorist!” Erdogan said. “We will not abandon Jerusalem to the mercy of a state that kills children.”

At a press conference in Paris with French President Emmanuel Macron on Sunday, Netanyahu said, “I am not used to receiving lectures about morality from a leader who bombs Kurdish villagers in his native Turkey, who jails journalists, who helps Iran get around international sanctions, and who helps terrorists, including in Gaza, kill innocent people. That is not the man who is going to lecture us.”

Meanwhile, Arab and Muslim anger continued to spill into the streets on Sunday.

About 10,000 people demonstrated on Sunday outside the U.S. embassy in the Indonesian capital of Jakarta to denounce President Donald Trump’s declaration, the AP reported.

Similar protests, mostly organized by the Islamist Prosperous Justice Party, or PKS, also were held in many other cities in Indonesia, the world’s most populous Muslim country.

The protests were the third and biggest in Indonesia since Mr. Trump’s decision on Thursday.

A written statement from PKS described Mr. Trump’s decision as “a form of humiliation and provocation against Muslims all over the world.”

Indonesian President Joko “Jokowi” Widodo has strongly condemned Trump’s move, which he described as a violation of U.N. resolutions.

In Morocco’s capital Rabat on Sunday thousands demonstrated against Trump and Israel.

Morocco’s King Mohammed VI has expressed his “deep concern” over Trump’s move, speaking on behalf of the 57-member Organization of Islamic Cooperation’s Al-Quds Committee, which he heads.