Israel Macron: We Condemn Any Security Threat to Israel
Israel 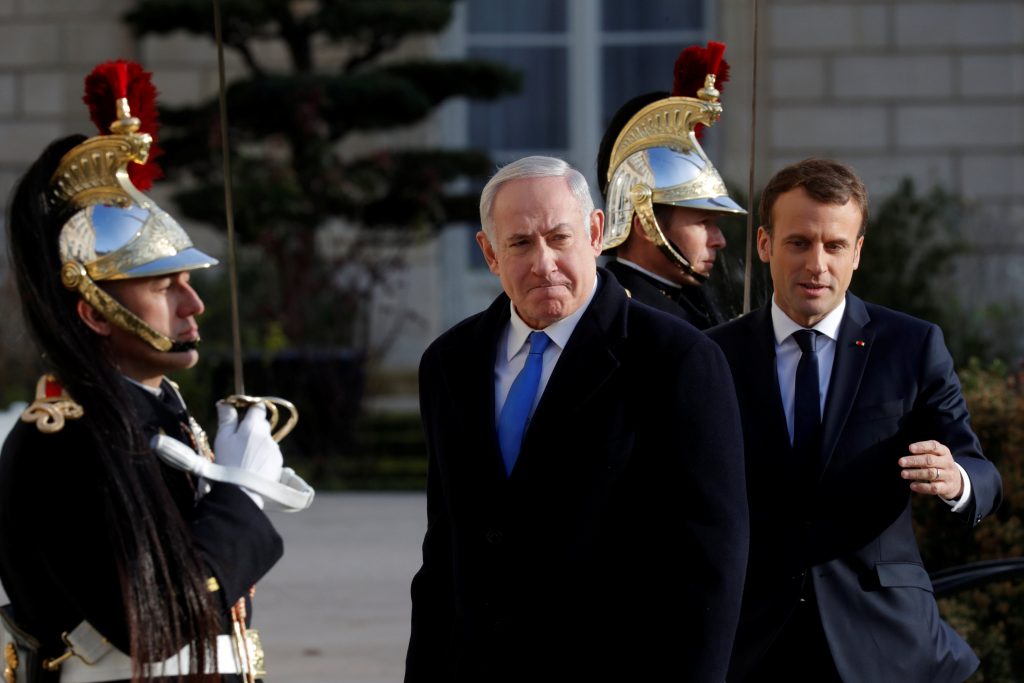 French President Emmanuel Macron said on Sunday that his country condemns Sunday’s terror attack in Yerushalayim as well as all attacks on Israel.

He spoke at a joint press conference with Prime Minister Binyamin Netanyahu after a meeting between the two.

Prime Minister Netanyahu traveled to France where he met with President Macron in Paris on Sunday, to be followed by a meeting with European foreign ministers in Brussels.

Macron said that he had no double standard in opposing President Donald Trump’s declarations on Yerushalayim as capital of Israel.

Netanyahu said that just as Paris is France’s capital, Jerusalem is Israel’s capital.

“Where else is the capital of Israel if not in Jerusalem,” he declared. “The sooner the Palestinians will accept this reality the sooner we will move towards peace.”

“There is a big effort by the Trump administration to relaunch peace talks,” the prime minister noted. “We need to give peace a chance.”

Regarding the Iraninan threat, Netanyahu said that the world must do what we can to “stop Iran that calls for the destruction of Israel.

“Iran is attempting to set up land, air and naval bases in Syria to fight and destroy Israel. We will not tolerate it.”

Netanyahu said that he would not take any lectures from President Tayyip Erdogan after the Turkish leader criticized Israel over the weekend.

“Mr. Erdogan has attacked Israel. I’m not used to receiving lectures about morality from a leader who bombs Kurdish villages in his native Turkey, who jails journalists, helps Iran go around international sanctions and who helps terrorists, including in Gaza, kill innocent people.”