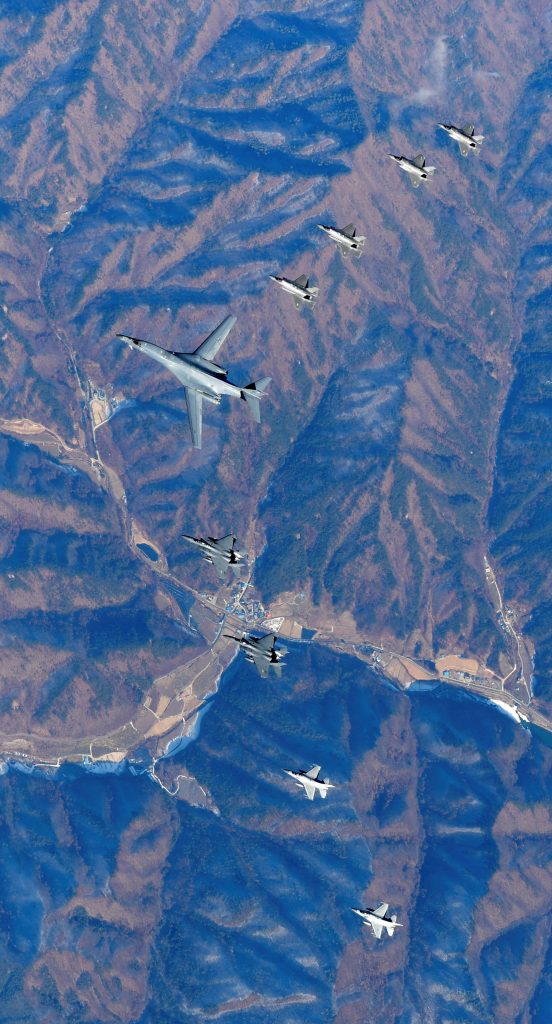 North Korea has fired two missiles over Japan as it pursues nuclear weapons and ballistic missiles in defiance of U.N. sanctions and international condemnation. On Nov. 29, it test-fired an intercontinental ballistic missile which it said was its most advanced yet, capable of reaching the mainland United States.

The exercises, on Monday and Tuesday, will be the sixth drill sharing information in tracking ballistic missiles among the three nations, the defense force said.

The United States and South Korea conducted large-scale military drills last week, which the North said have made the outbreak of war “an established fact.”

Last month’s missile test prompted a U.S. warning that North Korea’s leadership would be “utterly destroyed” if war were to break out. The Pentagon has mounted repeated shows of force after North Korean tests.

North Korea regularly threatens to destroy South Korea, Japan and the United States and says its weapons programs are necessary to counter U.S. aggression. The United States stations 28,500 troops in the South, a legacy of the 1950-53 Korean War.