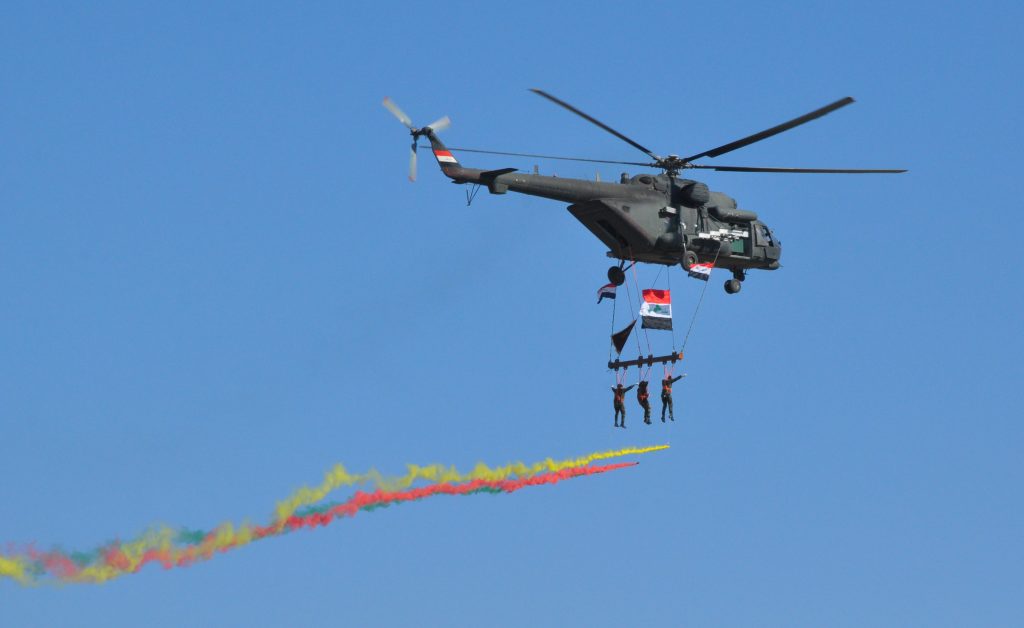 Prime Minister Haider al-Abadi declared final victory over Islamic State on Saturday after Iraqi forces drove its last remnants from the country, three years after the terrorist group captured about a third of Iraq’s territory.

Iraqi forces recaptured the last areas still under Islamic State control along the border with Syria and secured the western desert, Abadi said, thus marking the end of the war against the terrorists.

His announcement comes two days after the Russian military announced the defeat of the terrorists in neighboring Syria, where Moscow is backing Syrian government forces.

The parade was not being broadcast live and only state media was allowed to attend, but several squadrons of Iraqi helicopters flew over Baghdad on Saturday carrying Iraqi flags in a rehearsal for the victory parade.

Fighter jets were seen and heard flying over Baghdad’s skies on Sunday.