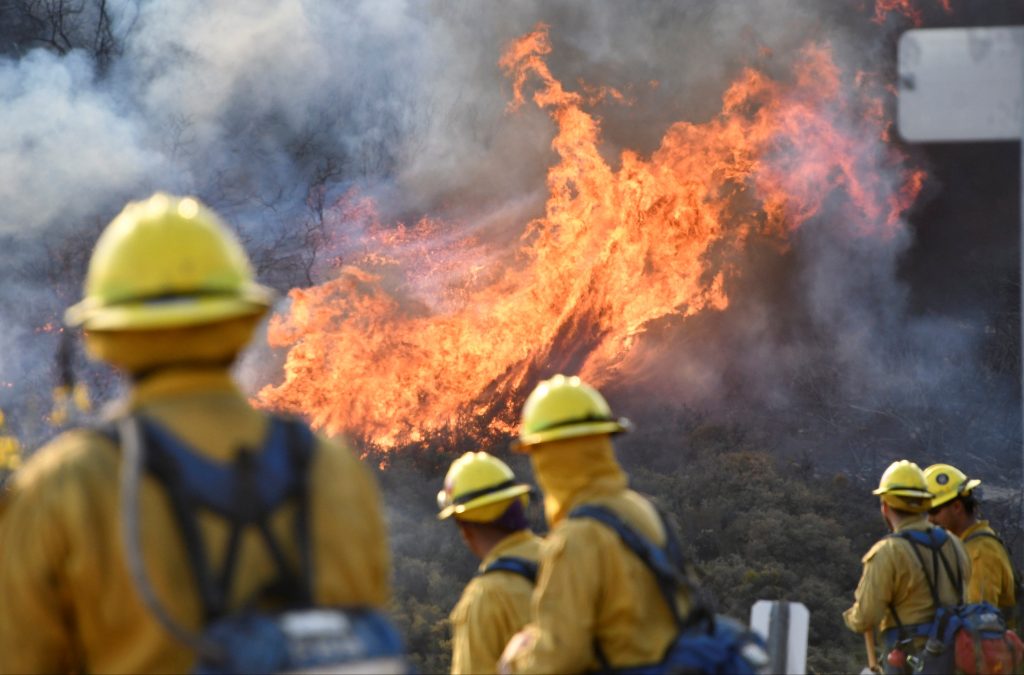 Santa Ana winds that have stoked wildfires across Southern California, destroying hundreds of buildings and forcing evacuations of some 200,000 people, are forecast to return in force on Sunday, authorities said.

Firefighters had gained some ground battling the fires that have burned over the past week as the winds eased on Saturday. At least one person has been killed.

The largest blaze, the Thomas Fire, has blackened 155,000 acres in Ventura County and was 15 percent contained, the California Department of Forestry and Fire Protection (Cal Fire)said in a statement on Saturday night.

Winds and the rugged terrain have hampered firefighting efforts there, authorities said.

“The fire continues to threaten structures in various parts of the cities of Ventura, Ojai, Casitas Springs, Santa Paula, Carpinteria, Fillmore and the unincorporated areas of Ventura County and Matilija Canyon,” Cal Fire said in a Saturday night update on its website.

But the National Weather Service is forecasting top wind speeds to increase to 55 miles per hour on Sunday, up from the 40 miles per hour recorded on Saturday.

The blazes have destroyed nearly 800 structures, and a 70-year-old woman died Wednesday in a car accident as she attempted to flee the flames in Ventura County.

A brush fire broke out Saturday night in the city of Monrovia in Los Angeles County, prompting temporary evacuations, the U.S. Forest Service said on Twitter.

Crews knocked down the 3-acre blaze and there were “no structures damaged,” the city of Monrovia said on its website.