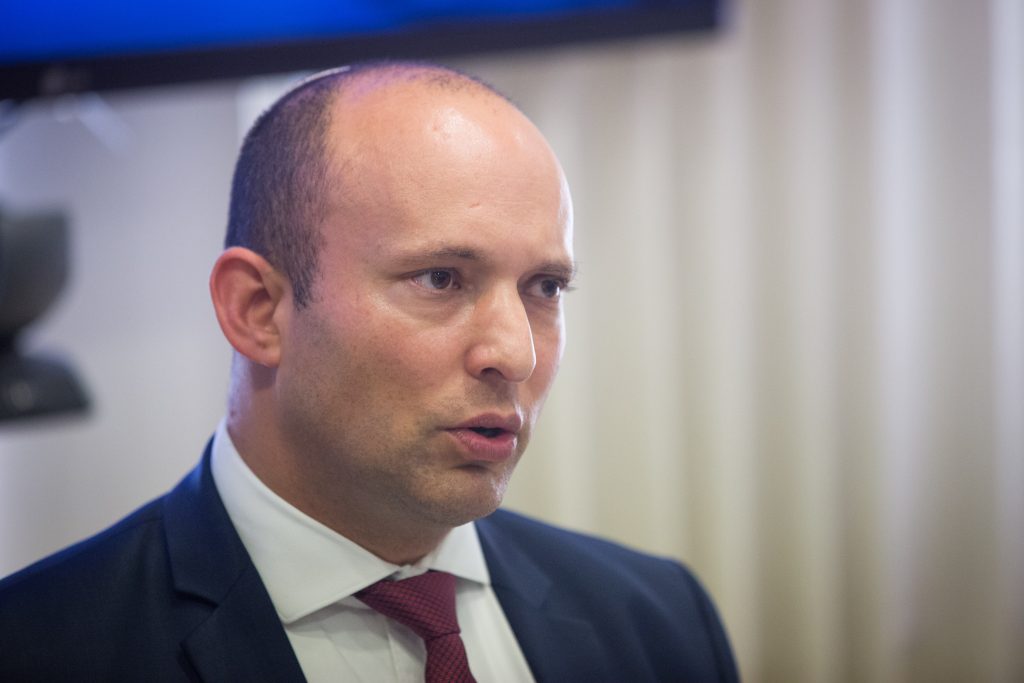 Although he has no immediate plans to break up the government, Education Minister Naftali Bennett believes that he is the right man to lead the country in the future. “I believe that the current government is a good one, and we must allow it to continue to function,” Bennett said in an interview on Channel 13. “But after the Binyamin Netanyahu era is over, I plan to run for prime minister. I made a lot of dramatic changes to the education system, and in the same way I will bring dramatic change to defense, the economy, and all other areas of government. Since I entered public service I have tried to do everything I could for the country. I will continue to do so.”

Before serving as education minister, Bennett was minister of the economy, and in the past he was a principal in a major high-tech firm and a decorated IDF officer. “I have business experience, economic experience and security experience. I intend to bring these skills to the job” of prime minister, Bennett said.

Bennett also addressed rumors that he was planning to leave the Jewish Home party he currently leads to join the Likud and run for prime minister as a member of that party. When asked about that possibility, Bennett said that “what Jewish Home needs is a platform that is more open. Today it is seen as a party with narrow interests and preference. I believe in the platform of the party, but we need to open Jewish Home to additional groups, so that all of Israel feels comfortable with it.”