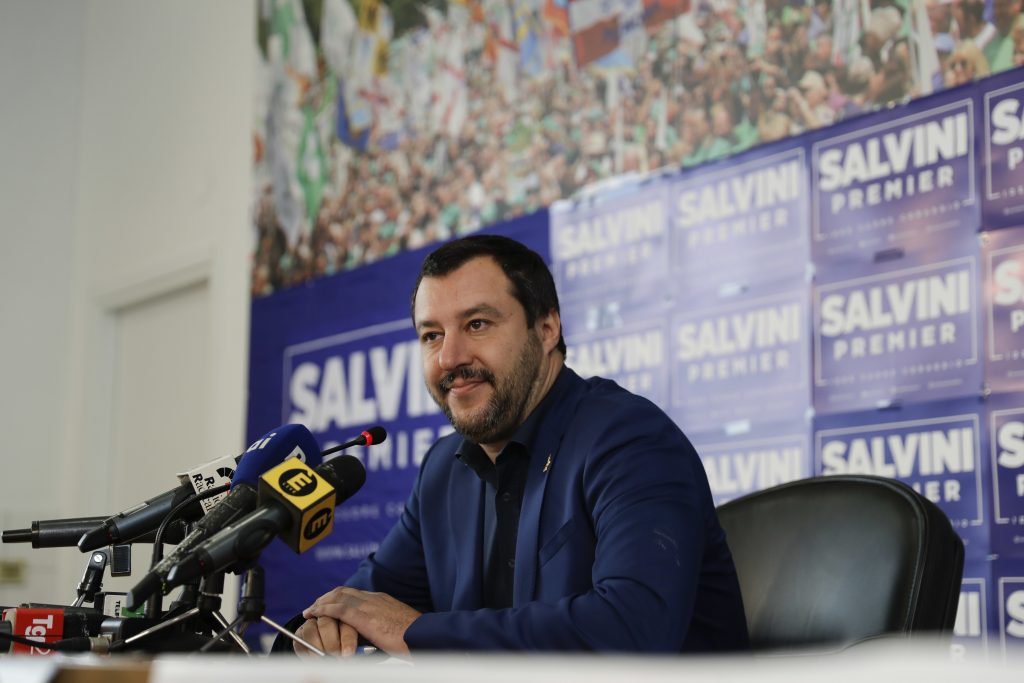 The leader of an Italian party that hopes to capitalize on growing resentment of migrants and asylum-seekers told supporters in Rome Sunday it would be “splendid” if he wins national elections and his government can issue one-way tickets home to undeserving refugees.

Matteo Salvini wants to propel his anti-migrant Northern League, which was founded in 1991 as a regional party in Italy’s affluent north, to its first premiership in the national election set for early 2018.

To do so, Salvini needs to build support in the south, an underdeveloped area of Italy the League has long denigrated as living off government aid.

Many of the thousands of people who turned out for his Rome rally did come from southern Italy. One of them was Adriana Domeniconi, who traveled by bus from Matera in the “instep” of the boot-shaped Italian peninsula.

“We’re no longer about north vs. south, but against those invading our country,” she said.

Domeniconi was referring to the hundreds of thousands of asylum-seekers and economic migrants that have received shelter in Italy after being rescued at sea from traffickers’ boats setting out from the Libyan coast.

Opinion surveys have found that many Italians blame the newcomers for crime.

“The Salvini government will have the (nation’s) doors wide open for women and children who are fleeing war, but not for those bringing war to our home,” Salvini told the rally. For the latter, “we need one-way tickets to send them back.”

The advertised goal of the rally was to oppose a proposed citizenship law that the center-left, Democrat-led government of Premier Paolo Gentiloni is supporting in Parliament before the legislature’s term expires in March.

Currently, children born in Italy to migrants with long-term residence permits have to wait until they reach age 18 to seek Italian citizenship. The proposed law would make children as young as 12 who are born in Italy, as well as those arriving as youngsters, eligible to request citizenship after five years of schooling in Italy.

Saying that citizenship “isn’t an electoral gift,” Salvini told the approving crowd that the legislation “won’t happen thanks to the League and you.”

The Northern League is planning to run in alliance with the center-right Forza Italia party of former three-time premier Silvio Berlusconi and the tiny right-wing Brothers of Italy party.

Berlusconi, who due to a tax fraud conviction isn’t eligible to run for office, considers himself Italy’s center-right leader and hasn’t voiced support for a Salvini premiership.

Opinion polls published last week indicated Berlusconi’s party had about a two-point advantage over the Northern League. Berlusconi hopes the three-party alliance will give the coalition enough votes to be the biggest bloc in Parliament and clinch the premiership.

Salvini at the rally heaped praise on U.S. President Donald Trump and Russian President Vladimir Putin, the former for tax reform and fighting illegal immigration and the latter for “defending values and national borders.”

Of his hopes to become premier, Salvini said: “If the Italians want that, it would be a splendid. … reality.”