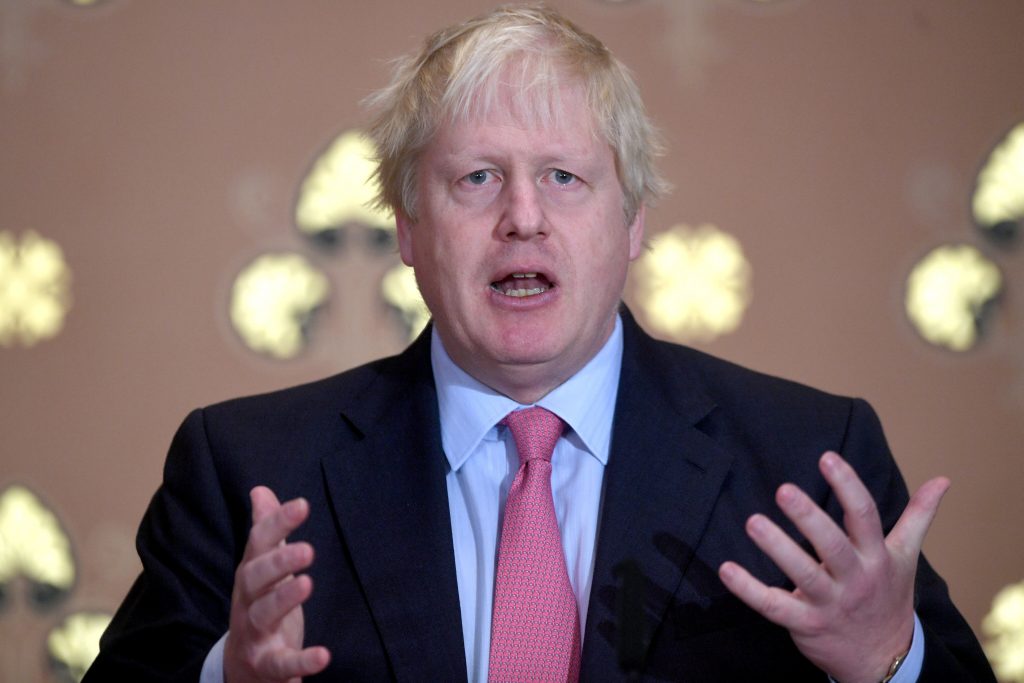 British Foreign Secretary Boris Johnson flew to Tehran on Saturday to seek the release of a jailed British-Iranian aid worker.

The Foreign Office said Johnson spoke “frankly” with his Iranian counterpart Javad Zarif about “consular cases of dual nationals” such as Nazanin Zaghari-Ratcliffe, who Britain says was visiting family on holiday when she was jailed by Iran for attempting to overthrow the government.

The case has taken on domestic political importance in Britain, especially since Johnson said last month that Zaghari-Ratcliffe trained journalists, which her employer denies. Johnson later apologized. Opponents have called for him to resign if his comments lead to her serving longer in prison.

Johnson is also expected to meet Iranian President Hassan Rouhani on Sunday to discuss bilateral and regional issues, a Foreign Office official said, during just the third visit by a British foreign minister to Iran in the last 14 years.

Talks with Zarif were “constructive”, Johnson’s office said, despite differences between the two countries.

“They both spoke frankly about the obstacles in the relationship, including the Foreign Secretary’s concerns about the consular cases of British-Iranian dual nationals,” a British Foreign Office spokeswoman said in a statement.

The two-day visit takes place against a complex backdrop of historical, regional and bilateral tensions.

International sanctions against Iran have only recently been lifted as part of the multilateral nuclear deal to curb Tehran’s disputed uranium enrichment program.

That deal is under threat after U.S. President Donald Trump decided to decertify Iran’s compliance with its terms. Johnson told Zarif he believed the deal should be fully implemented.

The Foreign Office statement did not mention Zaghari-Ratcliffe by name, although Johnson has vowed to leave “no stone unturned” in Britain’s efforts to free her.

A project manager with the Thomson Reuters Foundation, she was sentenced to five years in prison after being convicted by an Iranian court of plotting to overthrow the clerical establishment. She denies the charges.

Zaghari-Ratcliffe is not the only dual national being held in Iran, but has become the most high-profile case.

Zaghari-Ratcliffe has been told she will appear in court on Dec. 10, her husband Richard has said.

The visit is a test of Johnson’s ability to navigate a political landscape littered with potential pitfalls. Iran’s 1979 Islamic Revolution turned it into a pariah state for most of the West and many Middle Eastern neighbors.

Britain has voiced its continued support for the nuclear deal but is one of a number of Western powers voicing concerns about Tehran’s “destabilizing” influence in the region.