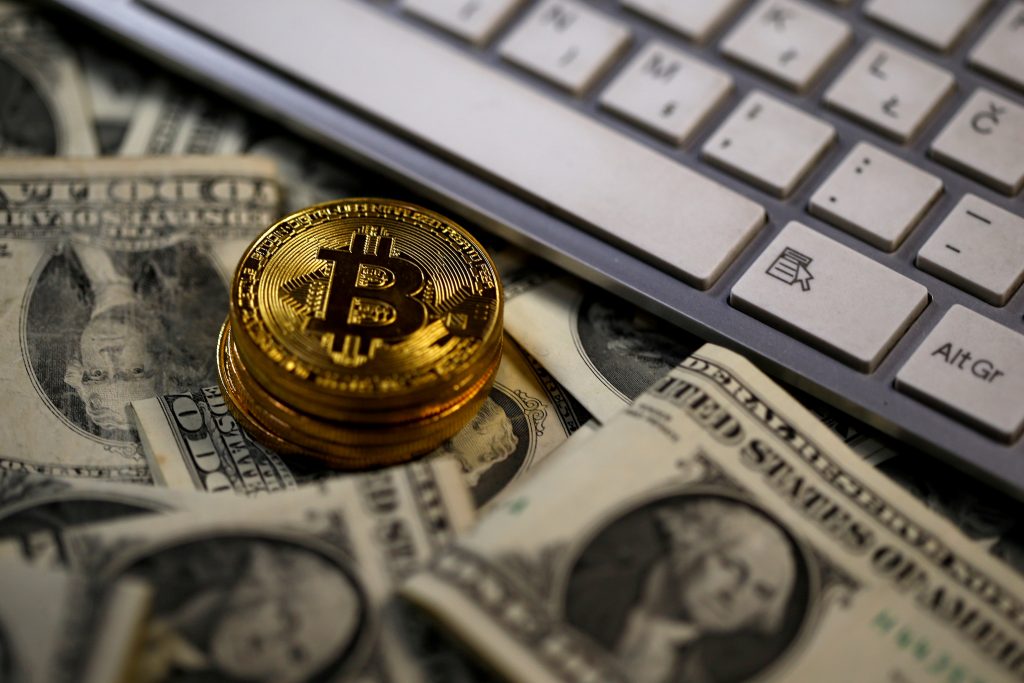 Even by bitcoin standards, Thursday was a wild ride.

With a few hours, the volatile digital currency surged above $19,000, dropped back below $16,000, and then see-sawed before settling in just above $17,000 late Thursday in the U.S. The wild swings happened just days before trading in bitcoin futures begins on a major U.S. exchange.

Major banks took notice, with three of the biggest saying they will either limit or not allow their clients access to the futures when trading begins next week on the Chicago Board Options Exchange.

The price of bitcoin fell back during on Friday and Saturday, dropping to $14,519.01 as of 9:30 P.M. EST, according to large bitcoin exchange Coinbase. At the start of the year, one bitcoin was worth less than $1,000.

Bitcoin’s wild swings occurred as the financial community prepares for bitcoin futures to start trading on Sunday on the CBOE and a week later on the Chicago Mercantile Exchange. The futures are designed to reflect the price of bitcoin without an investor having to physically hold the virtual currency, not unlike how oil, gold, copper or cocoa prices are determined by futures contracts.

Yet the dawn of futures trading has some parties on Wall Street concerned. The Futures Industry Association, a trade association that represents Wall Street banks, brokerages and clearinghouses, sent a letter to the Commodities Futures Trading Commission this week, saying the institutions should have been consulted before trading in bitcoin futures was approved. The association’s members expressed concern that they could be on the hook for large sums of money if extreme volatility in bitcoin results in big losses for some customers.

Goldman Sachs, one of the nation biggest investment banks, said it will allow only a limited number of clients to trade the CBOE’s bitcoin futures. Bank of America will not allow clients access to the futures.

A person familiar with the matter said JPMorgan Chase will not allow clients access to the futures on the first trading day, and will make an evaluation after that based on how trading goes. This person requested anonymity because the decision hasn’t yet been disclosed publicly.

Thomas Peterffy, chairman of the broker-dealer Interactive Brokers Group, expressed deep concerns about the trading of bitcoin futures last month, saying “there is no fundamental basis for valuation of Bitcoin and other cryptocurrencies, and they may assume any price from one day to the next.”

Peterffy noted that if bitcoin futures were trading at that time, under the CBOE’s rules those futures likely would experience repeated trading halts because of limits on how high or low the price can during the trading day.

The futures signal greater mainstream acceptance of the bitcoin, but also open up bitcoin to additional market forces. The futures will allow for the shorting of bitcoin — that is betting that the price of bitcoin will go down — which presently is very difficult to near impossible to do. With the currency’s tremendous run up in price, it could become a target for those who doubt that it deserves its current lofty value.

Bitcoin is the world’s most popular virtual currency. Such currencies are not tied to a bank or government and allow users to spend money anonymously. They are basically lines of computer code that are digitally signed each time they are traded.

A debate is raging on the merits of such currencies. Some say they serve merely to facilitate money laundering and illicit, anonymous payments. Others say they can be helpful methods of payment, such as in crisis situations where national currencies have collapsed.