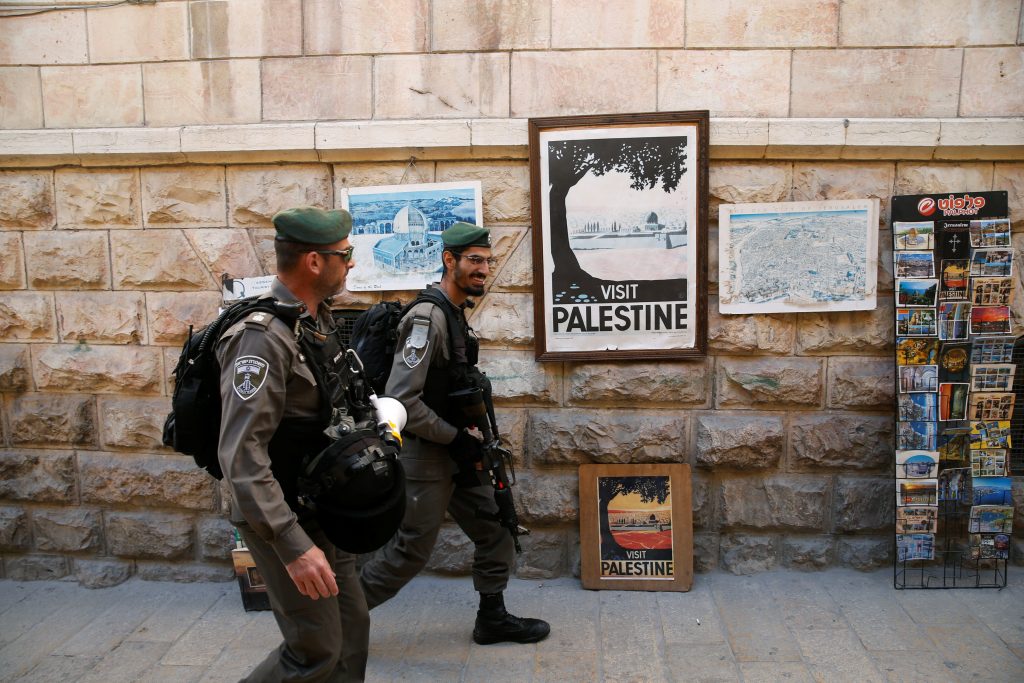 Security forces are on full alert for disturbances Friday, as Muslims stream to mosques where they are likely to hear sermons condemning the decision by U.S. President Donald Trump to recognize Yerushalayim as Israel’s capital. Security officials summed up Thursday’s events by saying that there had been less unrest than expected, after declarations by Hamas and Fatah that there would be massive rioting. With that, security officials expected a greater level of unrest on Friday, Hadashot News reported.

Unrest broke out in numerous Palestinian Authority cities Thursday, with Israeli forces fending off rioters with tear gas and other anti-riot measures. PA sources said that some 100 rioters were injured. Riots and demonstrations took place in Jenin, Chevron and Beit Lechem, as well as in Ramallah, but there, PA police ensured that the demonstrations did not turn violent.

There were also demonstrations in Yerushalayim itself, but those, too were restrained, officials said. Three demonstrators were arrested in Yerushalayim Thursday. In the village of Issawiya outside Yerushalayim, terrorists threw 40 firebombs at Israeli forces. No injuries were reported in those attacks. Police will be out in force on Friday, especially in the area of Har HaBayis. After consultations with top security officials, police decided not to place any limits on who will be able to enter the Har HaBayis compound Friday; often, police limit entry to the site to individuals 40 years of age and older, in order to limit the possibility of unrest by younger rioters.

One of the biggest riots Thursday was at the Gilboa checkpoint, north of Jenin, where hundreds of Arabs threw rocks and bricks at IDF soldiers. Soldiers responded with anti-riot measures, and closed the checkpoint until further notice. As a result, thousands of PA Arabs will not be able to commute to jobs in Israel.