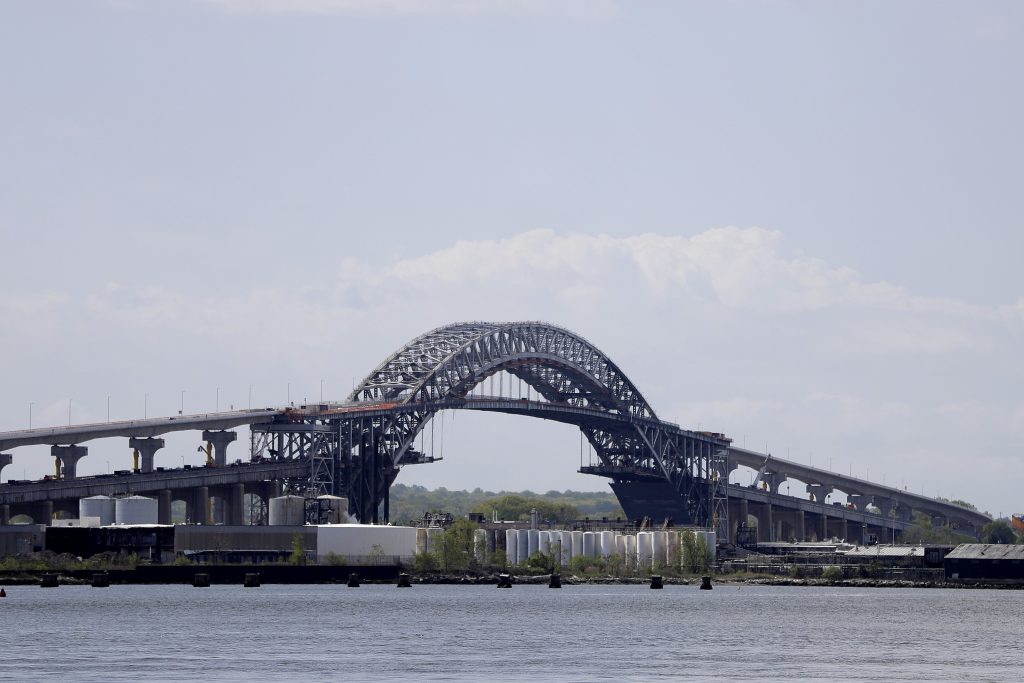 It was the first project of its kind in the country: elevating a massive steel bridge without lengthy closures to auto traffic.

The goal was to allow larger cargo ships to pass under the Bayonne Bridge and gain access to the ports of New York and New Jersey.

That aim is showing signs of being met, but it has come with a hefty price tag. The project had a cost overrun of more than 25 percent, described this week by the head of the authority that owns the bridge as “a hard one to swallow.”

“A lot of lessons were learned,” Port Authority Chairman Kevin O’Toole said. “The most valuable lesson is having more scrutiny on our part.”

There were many ups and downs. In 2012, officials announced that part of the project would be completed six months early, allowing larger ships to pass under the bridge by late 2015. But in October of that year, the Port Authority said unforeseen delays would push that back another two years.

As it turned out, the eventual opening to larger ships occurred midway through 2017, months ahead of the revised schedule.

Steven Plate, the authority’s head of major capital projects who had overseen the $4 billion World Trade Center transportation hub construction, took over in 2016.

“We used ‘trust and verify,’ ” Plate said Thursday. “When somebody said they were going to get something done, we made sure they got it done. And if they failed, we didn’t punish them, we supported them; but if we needed to replace them, we replaced them. There was intensive supervision.”

The delays announced in 2015 were blamed on a particularly harsh winter in 2014-15, more difficult than expected steel reinforcement work, and changes in construction to address community concerns. In some spots the bridge is very close to houses.

Plate added Thursday that the bridge design “was pushed out very quickly” and “wasn’t thought through thoroughly enough.” The plans for the bridge’s initial construction in the late 1920s were unavailable, having been destroyed during the 9/11 terror attacks at the World Trade Center.

O’Toole said Thursday the Authority would endeavor to preserve original plans for all its structures in the New York area.

The numbers show a shift since larger ships began visiting area ports: In August, the Port Authority handled about 5 percent more containers than it did in August 2016 — but on 37 fewer vessels, an 18 percent drop. That trend is expected to continue.

“At the end of the day, it was a very successful job,” Plate said.