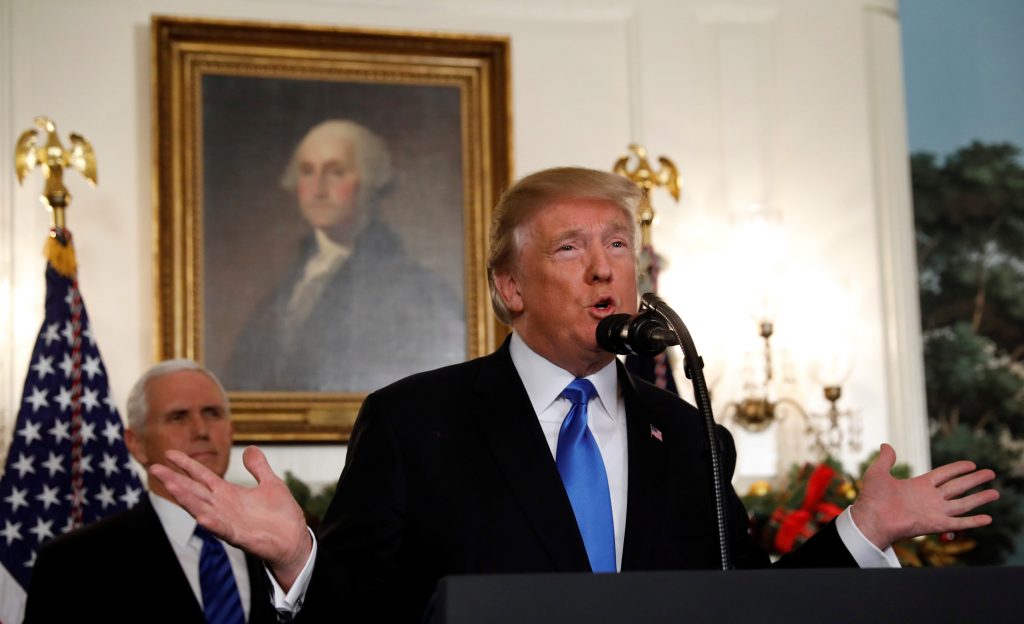 President Donald Trump has scheduled a physical health exam for early next year at Walter Reed National Military Medical Center and will share the results with the public, the White House announced Thursday, a day after Trump’s slurred speech sparked concern about his health.

Trump slurred his words during a policy address Wednesday about Israel, inspiring media speculation that he may have had a dental or health problem. But White House press secretary Sarah Huckabee Sanders said Thursday that Trump simply was suffering from a dry throat.

“The president’s throat was dry, nothing more than that,” Sanders said.

She added, “He does have a physical scheduled for the first part of next year, the full physical that most presidents go through. That will take place at Walter Reed, and those records will be released by the doctor following that.”

At age 70, Trump was the oldest president elected to his first term. During his nearly one year as president, Trump, now 71, has not publicly released any medical records.

In September 2016, during the general election campaign, Trump released a doctor’s note that included some medical information. Trump also discussed his health on a show hosted by Dr. Mehmet Oz.

Asked last week whether Trump would get an annual physical and report his health information to the public, as his predecessors have, Sanders said she did not know. But she testified to Trump’s endurance.

“I do know that I spent 12 days on the road with him in Asia, and despite the fact that he’s a little bit older than me, he had twice the energy that I do — and I’m the one sick now, and he’s still going,” Sanders said Nov. 30 at her daily news briefing. “So I think he’s in pretty good health. But I’d be happy to share any information.”