Technology Using the Lyft App in This City Could Get You Picked Up by a Self-Driving Car
Health, Science & Technology 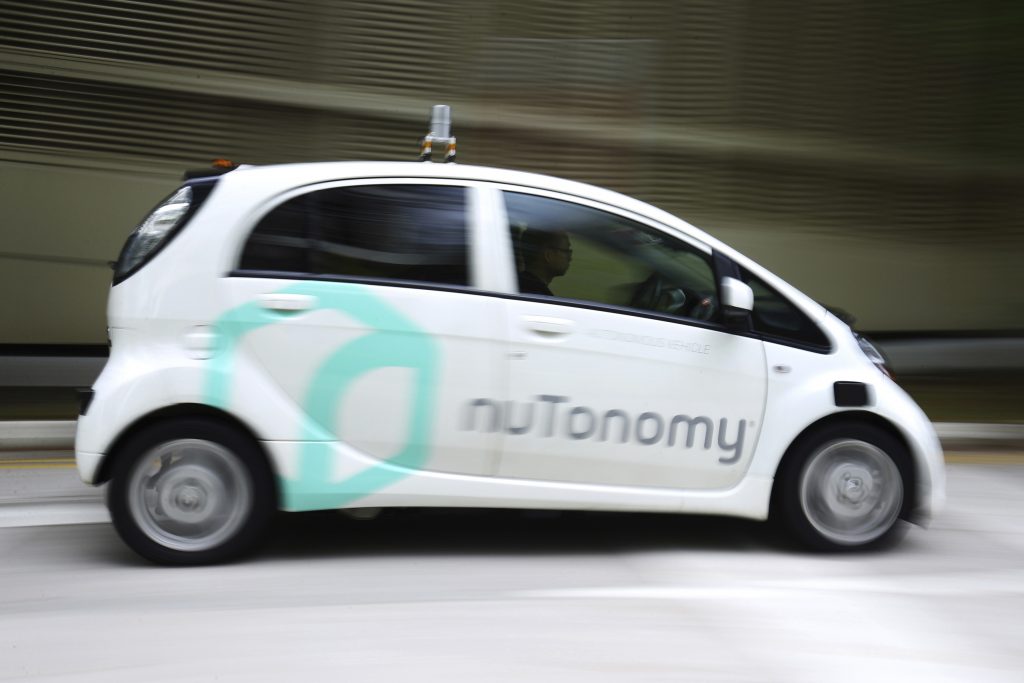 Autonomous vehicles won’t arrive overnight, but almost every week they seem to inch a bit closer to becoming an everyday reality.

The latest example of that incremental progress occurred in Boston on Wednesday when Lyft announced that the ride-sharing company has begun a self-driving car pilot in the city’s Seaport district. The program, accessible through the Lyft app, is a partnership with the autonomous vehicle startup NuTonomy, which has been testing their cars in Boston since January.

“Our partnership with Lyft has two goals,” NuTonomy said in statement posted on their website.”First, we want to let members of the public experience driverless vehicles firsthand, so they can better understand the impact this new technology will have on their lives. Second, based on feedback from pilot participants, NuTonomy’s engineers will adapt and improve our system, so that we can deliver an autonomous transportation experience that is extremely safe, efficient, and comfortable.”

NuTonomy didn’t immediately reply to a request for comment about the number of driverless cars in Boston or whether those vehicles include a human backup driver in case the car runs into trouble, as the Verge reported.

Experts predict that driverless cars will advance neighborhood by neighborhood, city by city and state by state as competing car companies gather data, refine their robots and look to grab more territory using what they’ve already learned. The result is likely to be a patchwork of gradual change.

The program marks an important step for Lyft as it competes with Uber, which has unveiled autonomous taxis in Phoenix, Arizona, and Pittsburgh, Pennsylvania. Those taxis include a human backup driver, but the company has unveiled an ambitious plan to put completely driverless Volvo Taxis on the road in 2019 – likely in the United States. Lyft, meanwhile, has partnered with at least five automakers, including Jaguar, Ford, Waymo, GM, and Drive.AI.

The shifting alliances and new partnerships are the latest step as traditional automakers and Silicon Valley startups look to gain an edge in the race for self-driving supremacy.

A General Motors executive told The Post last week that the company is rushing to launch autonomous vehicles for a ride-hailing service that could compete with Uber and Lyft. GM says those robotic vehicles – battery-powered Chevy Bolts that are being developed by Cruise Automation, a subsidiary – will appear on American streets without a driver in 2019.

Back on the east coast, the city of Boston has approved three companies for testing autonomous vehicles in particular portions of the city, according to a statement on its website that notes that autonomous vehicles “offer immense promise” but could also “displace an important workforce and encourage both sprawl and congestion.”

“We’ll only allow testing during good weather and daylight hours,” the city notes. “Once a company reaches certain milestones, we may allow them to begin testing in other areas of Boston.”