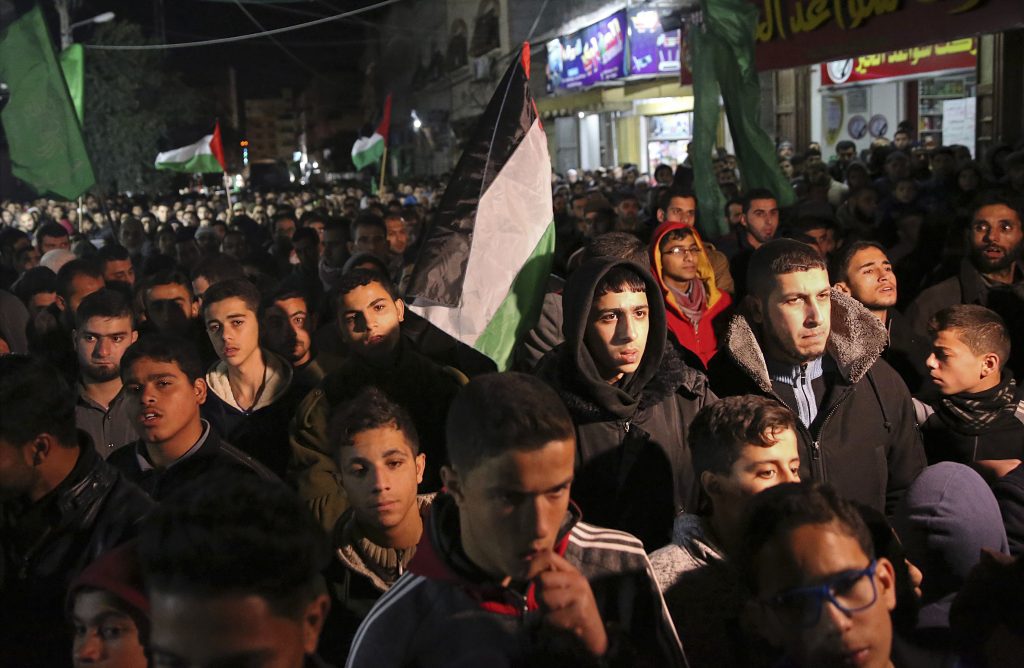 The State Department has instructed American diplomats in Israel to counsel “restraint” to their Israeli counterparts in the country’s response to expected Arab violence after President Trump announced America’s recognition of Yerushalayim as Israel’s capital. A document published by Reuters listed talking points for American diplomats in their discussions with Israeli officials, with American officials instructed to tell Israelis that “while I recognize that you will publicly welcome this news, I ask that you restrain your official response.”

Tempering the response will contribute to a calmer atmosphere, the document says, considering the threats of violence by Arab countries and Palestinians in the wake of the announcement. “We expect there to be resistance to this news in the Middle East and around the world,” the document said. “We are still judging the impact this decision will have on U.S. facilities and personnel overseas.” The document was distributed to officials at the American Embassy, still in Tel Aviv, as well as at the the U.S. Consulate General in Jerusalem, the U.S. Embassies in London, Paris, Berlin and Rome and the U.S. mission to the European Union in Brussels.

A second document covered talking points for diplomats to use in conversations with European counterparts. In that document, American diplomats are instructed to tell European officials that the announcement does not preclude a continuation of the peace process. “You are in a key position to influence international reaction to this announcement and we are asking you to amplify the reality that Jerusalem is still a final-status issue between Israelis and Palestinians and that the parties must resolve the dimensions of Israel’s sovereignty in Jerusalem during their negotiations,” the document said, adding that “you know that this is a unique administration. It makes bold moves. But it is bold moves that are going to be needed if peace efforts are finally going to be successful.”

Meanwhile, the State Department issued a second warning to American citizens in Israel on the possibility of violence in the wake of the announcement. The announcement by Trump that the U.S. now recognizes Yerushalayim as Israel’s capital and that the U.S. Embassy to Israel will be moving there soon “may spark protests, some of which have the potential to become violent. The U.S. Embassy reminds U.S. citizens of the need for caution and awareness of personal security. Review your personal security plans; remain aware of your surroundings, including local events; and monitor local news for updates. Maintain a high level of vigilance, take appropriate steps to enhance your personal security and follow instructions of local authorities. Avoid areas of demonstrations, and exercise caution in the vicinity of any large gatherings, protests or demonstrations.”