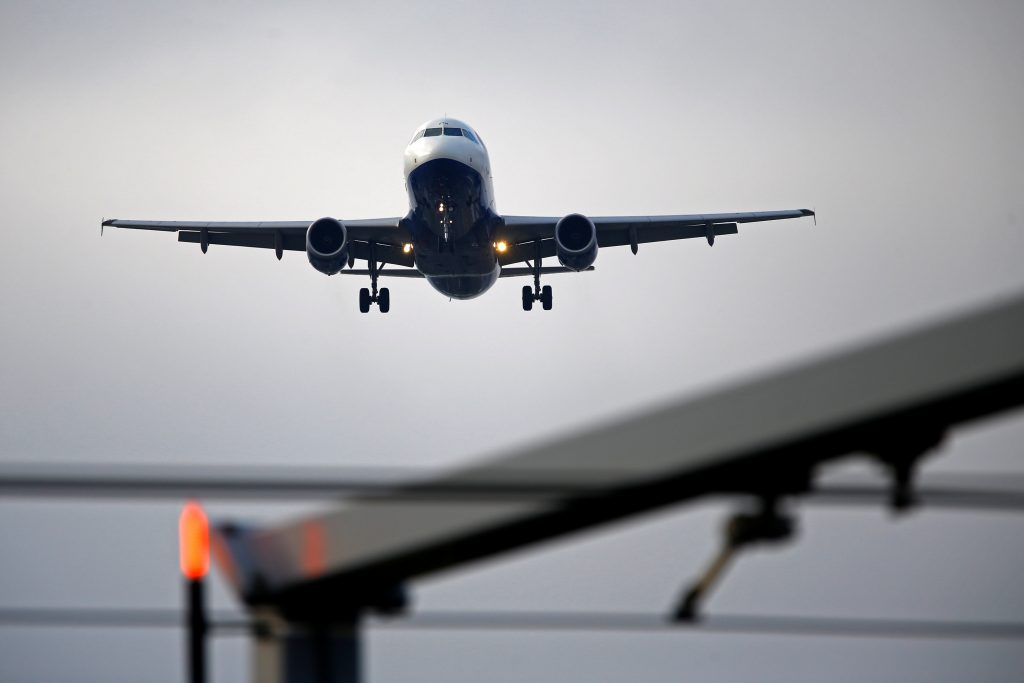 After a decade of instability and bankruptcies during which hiring slowed to a crawl, U.S. airlines have been adding pilots at a breakneck pace over the past three years.

Major U.S. commercial and cargo airlines have hired more than 3,000 pilots in each of the past three years and have hired 4,353 more through October this year, surpassing the total hires in 2016.

Regional airlines are raising entry-level pay and adding bonuses in hopes of attracting more new pilots to fend off a looming pilot shortage.

Add in continued waves of departures as more pilots reach the federally mandated retirement age of 65, and arguably there’s never been a better time to become a pilot.

Smith’s group is hosting a free pilot career forum at DFW Airport Saturday to introduce potential pilots to the profession and the steps it takes to make it into the cockpit.

It’s a career Smith said that can yield $10 million dollars in lifetime earnings and benefits at a major airline, with a job description that’s unlike any other. But getting there means investing hundreds of thousands of dollars, thousands of hours of training and years working up the airline food chain.

“We always tell future pilots to avoid becoming a pilot if it’s specifically for the money or if you want to work a 9 to 5 job,” Smith said. “Airlines never close. The time away from home can be very stressful on families. You get sick of those little bars of soap. You need a passion for flying to enjoy the cockpit profession.”

For aspiring pilots who aren’t in the military — the faster growing segment of the workforce — there are a number of paths to an airline job. But they all center around one goal: building towards the minimum number of flight hours, typically 1,500, needed to start at a regional airline.

That journey usually starts at a flight school or four-year university that offers aviation-related degrees, Smith said. Training and education costs regularly stretch into the six figures, he said, with a range that can go from $50,000 to upwards of $200,000, depending on the length and type of program.

Pilots in training do have the opportunity to earn some money as flight instructors or working in charter or corporate aviation, he said.

“If you’re smart, you should not have to pay money to build your hours,” Smith said. “There’s no reason in this kind of job market to pay someone to build those additional 1,500 hours.”

From there, it’s off to a regional airline, where it can take five or more years to accumulate the experience to catch the attention of a major carrier.

The regional airlines had historically been a weak link in the pilot supply chain, with starting pay of $30,000 or less making it a financially daunting career choice, especially with tens of thousands of dollars in education debt factored in.

But that’s begun to change over the past several years, as regional airlines have raised their starting pay and added bonuses that make starting salaries of $60,000 more common.

Regional airlines, especially those owned by a major carrier like American, have also bolstered programs that guarantee pilots a chance at higher-paying jobs with the mainline carrier after several years of employment.

“The biggest shift has been what the regionals are doing,” said Sam Mann, a Southwest pilot and spokesman for the Southwest Airlines Pilots Association. “The math does not work out. You cannot attract talent into your profession and tell them they’re going to have to eat ramen for five to 1

During the depths of the recession, major airlines hired just 30 pilots in 2009 and 408 in 2010, according to data from Future & Active Pilot Advisors.

Now, the industry averages more than that in a month, a reflection of a changed and consolidated airline industry whose profits have soared.

That bodes well for the long-term stability of a career that in the past was often marked by uncertainty and the looming threat of layoffs or furloughs.

Future demand is shaping up to be strong as well, with the latest forecast from aircraft manufacturer Boeing predicting a need for 117,000 new pilots in North America over the next 20 years.

“We’re in a previously unseen heretofore level of stability in the industry. … All the indicators point to a sustainable healthy airline industry. Over the last decade, you’ve seen a decrease in people wanting to choose this as a profession,” Mann said. “That, I think, is on a turnaround. The word is out.”