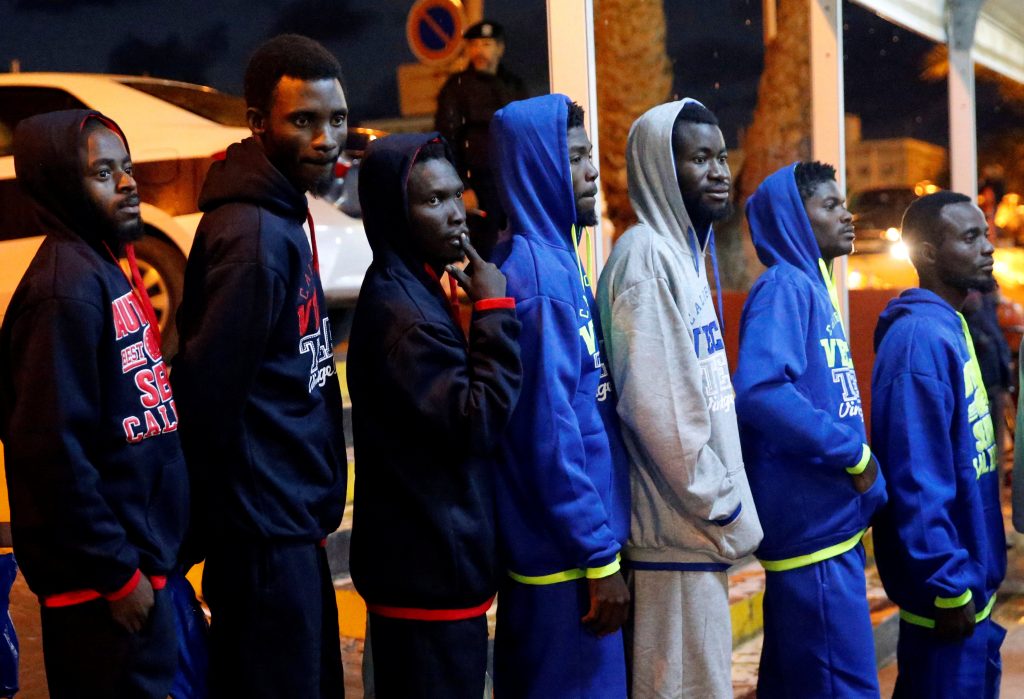 The U.N. Security Council on Thursday condemned the sale of African migrants into slavery in Libya as “heinous abuses of human rights” that may constitute crimes against humanity.

A presidential statement approved by all 15 council members and read at an open meeting called for speedy investigation to bring the perpetrators to justice.

The statement comes after an emergency council meeting on Nov. 28 held amid global outrage over CNN video showing African men being sold at a slave market in Libya.

The Security Council urged Libyan authorities and all U.N. member states to comply with their obligations under international law, including respect for the rights of migrants.

Britain’s deputy U.N. ambassador, Jonathan Allen, said the council welcomes that Libya is “making strong efforts to resolve this individual case, but the council statement makes clear that we need to do more to support Libya.”

He said the British-drafted presidential statement marks a rare focus on slavery in a specific country.

U.S. Ambassador Nikki Haley said in a statement that “the United States denounces modern slavery in all its forms and will continue to work with the international community to eradicate it from the globe.

“All countries must do everything they can to end this barbaric practice,” she said.

The presidential statement urges local and regional authorities to fight human trafficking and calls for close cooperation with Libyan authorities.

William Lacy Swing, the head of the U.N. migration agency, told the council Nov. 28 that as part of an effort to tackle smuggling and enslaving of migrants, the United Nations planned to try to empty government-controlled detention centers in Libya holding about 15,000 people.

But he cautioned that emptying the 30 or so centers would not end the problem because some Libyan militias also have detention centers.

Libya fell into chaos after the ouster and killing of longtime dictator Moammar Gadhafi in 2011. Since 2014, the oil-rich country has been split between rival governments and parliaments based in the western and eastern regions, each backed by different militias and tribes.

A U.N.-brokered deal in December 2015 to create a unity government failed, though talks have been taking place to form an administration to lead the country ahead of elections.

The Security Council statement calls on all Libyans to support the political process, saying that “a stable Libya is the only way to help improve the living condition of all people in Libya, including migrants.”