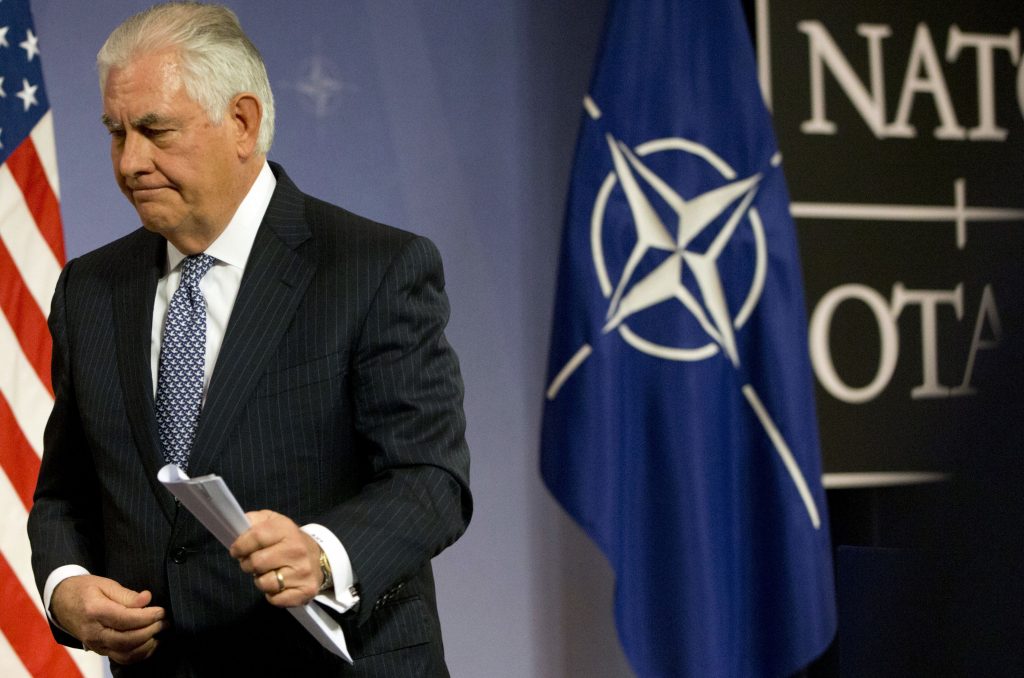 As more details emerged about the deliberative process which led up to President Donald Trump’s dramatic recognition of Yerushalayim as the capital of Israel, it became clear that while the president consulted extensively with senior advisors, in the end it was very much his own decision.

In fact, Trump acted despite opposition from Secretary of State Rex Tillerson, Defense Secretary James Mattis and CIA Director Mike Pompeo, according to CNN on Thursday.

CNN noted that Tillerson was not at Trump’s side when he made the announcement.

On the other side of the administration divide were Trump’s peace envoys — Special Representative for International Negotiations Jason Greenblatt and and senior policy advisor Jared Kushner — who were said to have favored the move but counseled a delay in relocating the embassy to Yerushalayim.

But the president’s word was final, and officials were told to begin preparing the move. However, Trump also signed the waiver which puts off relocation by at least six more months.

“We have consulted with many friends, partners and allies in advance of the President making his decision,” Tillerson said. “The State Department will immediately begin the process to implement this decision by starting the preparations to move the U.S. Embassy from Tel Aviv to Yerushalayim.”

The decision was not the product of haste or impulsiveness. The matter had been under discussion since the 2016 presidential campaign, and the angry reaction from the Palestinians and their supporters had been carefully taken into account.

“President Donald Trump and his Middle East peace team determined that the Palestinian Authority needs the United States too much to walk away from it — and that their plan to revive negotiations toward the ultimate deal could survive what they expect will be a temporary burst of anger across the Arab world,” was the way The Jerusalem Post described it on Thursday.

“We know there will be short-term pain,” an administration official said, “but in the long term, this action will help with those conversations,” to reach a Mideast peace settlement.

“He reiterated his commitment to peace, and nothing in his speech prevents a peace process from happening — and we made very clear that we’re not prejudging any final-status negotiations,” an official said.

Although the deliberations over recognition were held on a separate track from the planning for a new round of peace talks, the peace team was fully aware of Trump’s thinking and “in the loop,” the whole time.

“We’re going to still keep our heads down and present our plan when the time is right,” a White House official said. “We believe the world will ultimately realize that the U.S. plays an essential role in facilitating peace.

“Certain parties are going to react the way they need to react,” that official said. “We expect bumps along the way.”