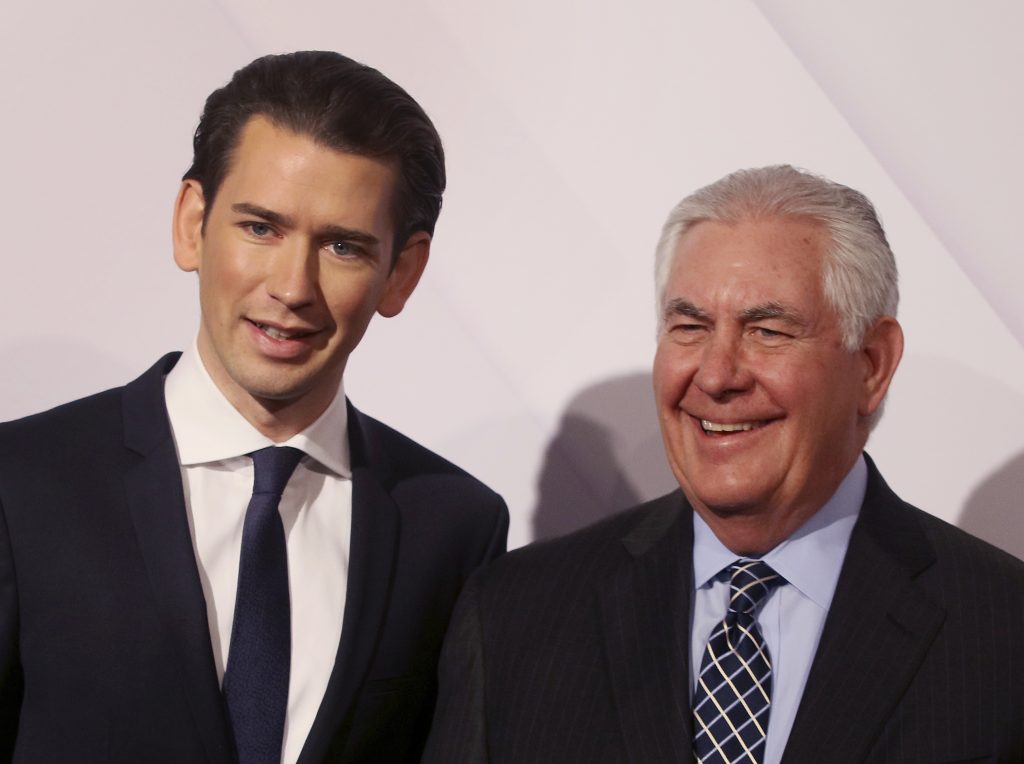 U.S. Secretary of State Rex Tillerson held his tough line on Russia during a visit to Europe on Thursday, saying in front of his Russian counterpart that Washington would keep sanctions in place until Russian forces withdraw from Ukraine.

The conflict between Ukrainian forces and Russian-backed separatists has claimed more than 10,000 lives since it erupted in 2014. Russia denies accusations it fomented the conflict and provided arms and fighters.

Speaking at a meeting of foreign ministers from the Organization for Security and Cooperation in Europe (OSCE), Tillerson went even further in spelling out Russia’s involvement in the conflict and the consequences it faced than he had the day before when he met NATO allies in Brussels.

“We should be clear about the source of this violence,” Tillerson said, referring to increasing ceasefire violations recorded by the OSCE’s Special Monitoring Mission of observers in eastern Ukraine.

“Russia is arming, leading, training and fighting alongside anti-government forces. We call on Russia and its proxies to end its harassment, intimidation and its attacks on the OSCE special monitoring mission.”

During his trip to Europe, which began in Brussels and will end in Paris, Tillerson has taken a tougher stance on Russia than U.S. President Donald Trump, who has sought better relations with Russian President Vladimir Putin, offering some comfort to European allies.

“In eastern Ukraine we join our European partners in maintaining sanctions until Russia withdraws its forces from the Donbass [region] and meets its Minsk commitments,” Tillerson said, referring to a previous deal to promote peace in Ukraine.