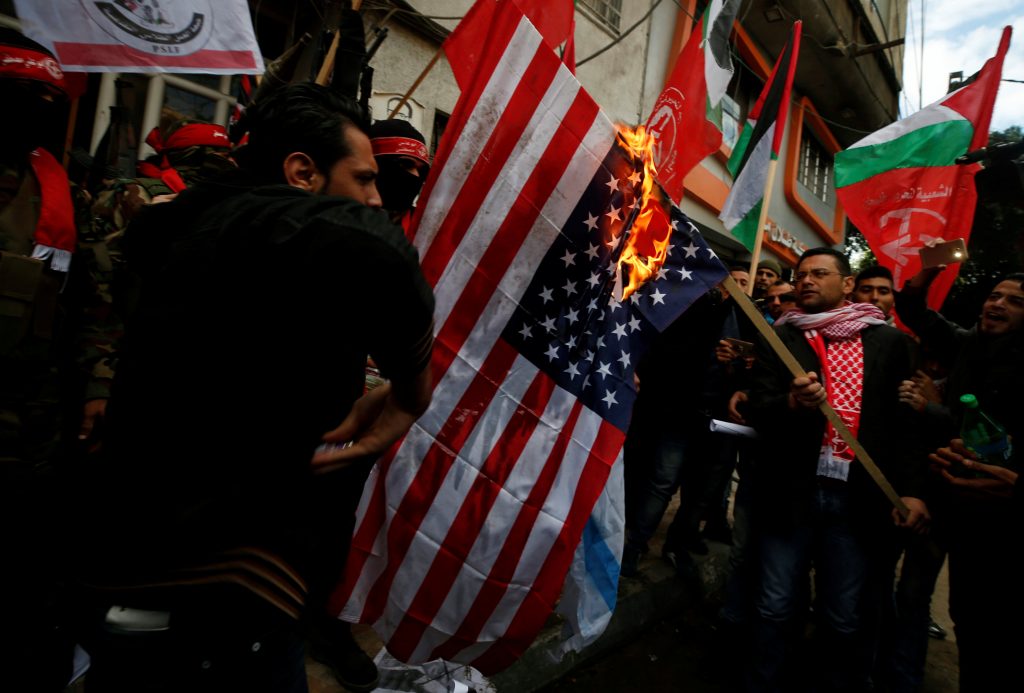 The Israeli military said on Thursday that an aircraft and a tank had targeted two posts belonging to terrorists in the Gaza Strip after three rockets were launched at Israel.

Sirens sounded in Israel at various locations on a day of heightened tension following demonstrations in Gaza, Yehuda and Shomron, as Palestinians protested U.S. President Donald Trump’s announcement on Wednesday that he was recognizing Yerushalayim as Israel’s capital.

Two rockets launched at Israel from the Gaza Strip fell short inside the Palestinian enclave earlier in the evening and a third, fired later, landed in an open area in Israel causing no casualties or damage, an army spokeswoman said.

Gaza residents said that there were no casualties from the Israeli attack and that two unmanned lookout posts were hit.

A Salafi terror group in Gaza called the Al-Tawheed Brigades — which does not heed the current call from Hamas, Gaza’s ruling party, to desist from firing rockets — claimed responsibility for the launches.

“In response to … projectiles fired at Israel throughout the day … an IDF tank and an IAF aircraft targeted two military posts in the Gaza Strip. The IDF holds Hamas responsible for the hostile activity perpetrated against Israel from the Gaza Strip,” an army statement said.