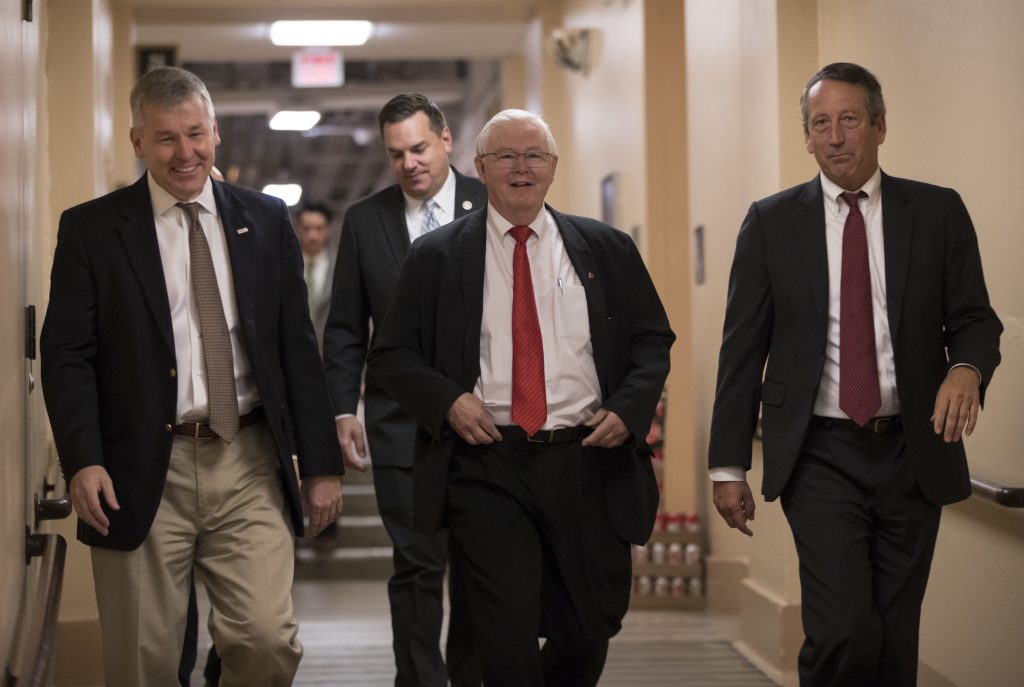 Congress on Thursday moved rapidly to send President Donald Trump a short-term funding bill that would avert a government shutdown this weekend, leaving fights over budget priorities and other controversial issues for later this month.

The House of Representatives, working against a Friday midnight deadline, approved legislation to fund a wide range of federal programs through Dec. 22 and sent it to the Senate, which approved it as well. The White House has said Trump will sign it into law.

The measure creates more time for a reckoning between Republicans and Democrats about budget differences, which Trump discussed in a meeting with leading lawmakers at the White House earlier in the day.

“We hope that we’re going to make some great progress for our country,” Trump said. “I think that will happen.”

The White House said negotiations would resume on Friday.

The two Democrats said in a statement that nothing specific had been agreed at the meeting, which included a briefing from Secretary of Defense Jim Mattis about military issues.

The White House foresees a compromise with lawmakers that will include increases in defense and non-defense spending, White House legislative affairs director Marc Short told Reuters.

Republicans and Democrats will have to intensify negotiations on a series of contentious issues in order to come up with the next government funding bill that would stave off partial shutdowns on Dec. 23.

Earlier on Thursday, Schumer said Trump seemed to be rooting for a shutdown and if one occurs, “it will fall on his shoulders.”

“His party controls the Senate, the House and the presidency,” he said. “Nobody here wants to see a shutdown. We Democrats are not interested in one.”

Pelosi said Democrats were not willing to shut down the government over the Deferred Action for Child Arrivals (DACA) program, but she also said “we will not leave here without a DACA fix.”

Conservative House Republicans said their real focus was on what would happen next. Going forward, they favor legislation that would hold down spending levels for everything but defense, and they also want work requirements for able-bodied Medicaid recipients.

“That would be very important to us,” said Representative Mark Walker, chairman of the Republican Study Committee, the largest grouping of conservatives in the House.