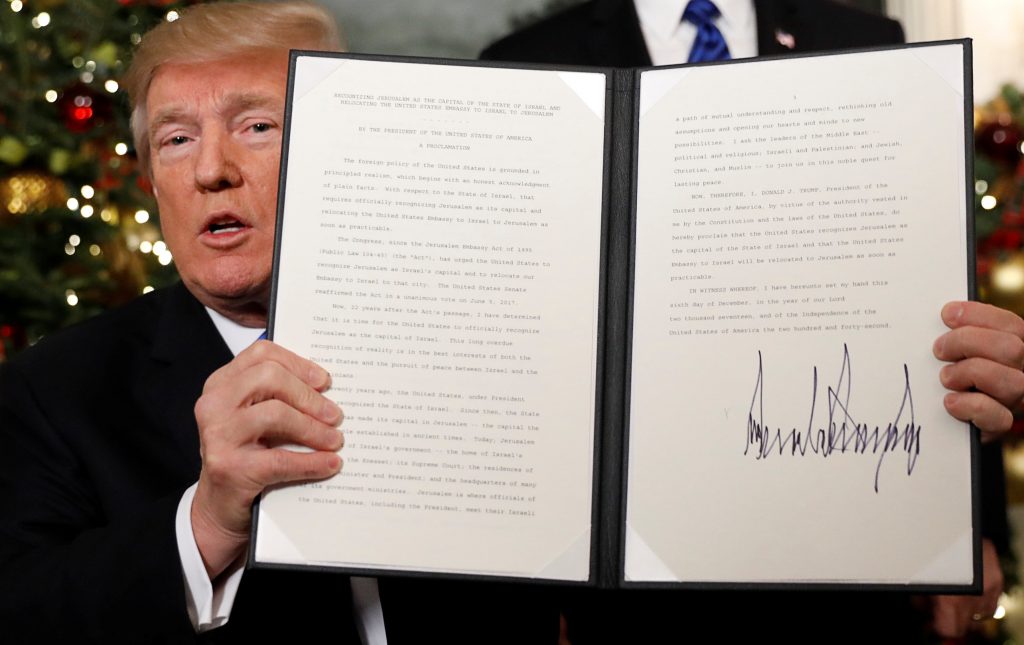 Despite a request by American diplomats for Israeli officials to exercise “restraint” in the country’s response to the announcement by President Trump of America’s recognition of Yerushalayim as Israel’s capital, the Foreign Ministry has instructed Israeli diplomatic staff around the world to push the idea of following in Washington’s footsteps.

According to Arutz Sheva, the Ministry has sent a message to staff that Israel would welcome announcements by more countries that they, too, accept Yerushalayim as Israel’s capital.

The message stresses that diplomats should stress that the American move is not necessarily the creation of a new reality, but the acceptance of an existing one.

As Trump said in his speech Wednesday, “Jerusalem is the seat of the modern Israeli government. It is the home of the Israeli parliament, the Knesset, as well as the Israeli Supreme Court. It is the location of the official residence of the Prime Minister and the President. It is the headquarters of many government ministries. For decades, visiting American presidents, secretaries of state, and military leaders have met their Israeli counterparts in Jerusalem.”

Diplomats should stress that point and emphasize that, like Trump, Israel did not consider recognition of Yerushalayim as its capital a reason to close off negotiations with the Palestinian Authority. Talks would continue, but Israel would always have a presence in the city, as it has been the capital of the Jewish people for thousands of years, the report said.

Earlier, Reuters reported that the State Department had instructed American diplomats in Israel to counsel “restraint” to their Israeli counterparts over the announcement. A document published by Reuters listed talking points for American diplomats in their discussions with Israeli officials, with American officials instructed to tell Israelis that “while I recognize that you will publicly welcome this news, I ask that you restrain your official response.”

Tempering the response would contribute to a calmer atmosphere, the document says, considering the threats of violence by Arab countries and Palestinians in the wake of the announcement. “We expect there to be resistance to this news in the Middle East and around the world,” the document said. “We are still judging the impact this decision will have on U.S. facilities and personnel overseas.”