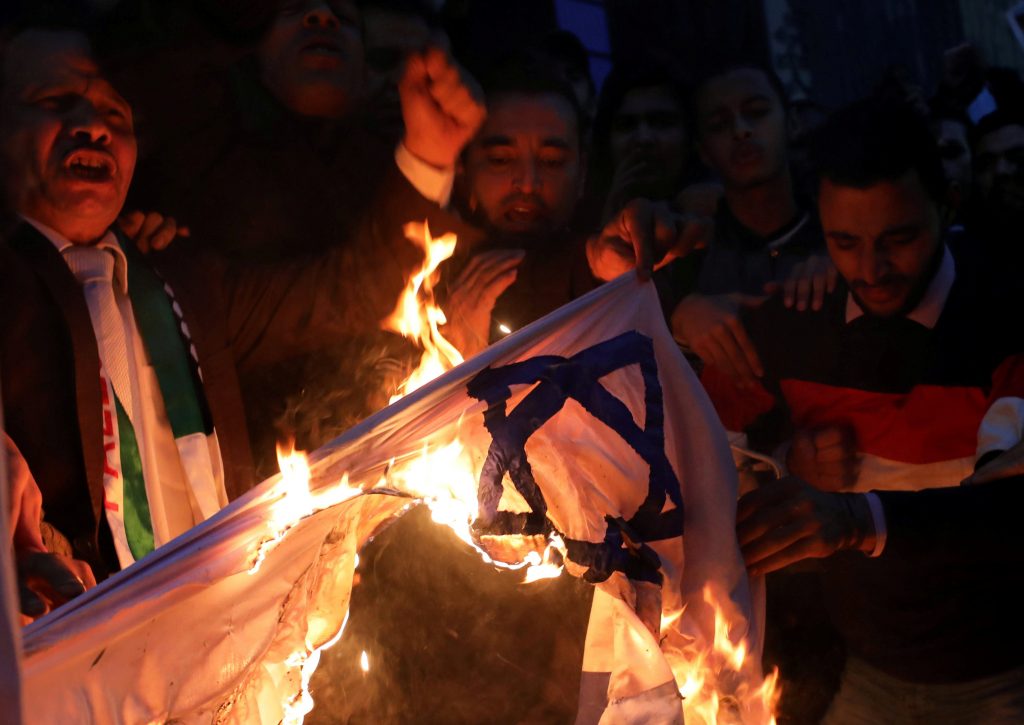 Diplomatic fallout around the world from Trump’s declaration continued on Thursday.

In a phone conversation with Pope Francis, he and Erdogan agreed on Thursday that any attempts to change the status of Yerushalayim should be avoided, Reuters said, citing sources in Erdogan’s office.

Using more inflammatory language, Turkish Prime Minister Binali Yildirim said the U.S. “pulled the pin on a bomb” in the Middle East that would “stir up a big catastrophe.”

However, there was no mention from the Turkish leaders about severing ties with Israel, which Erdogan had threatened to do prior to Trump’s speech.

At a meeting with Jordan’s King Abdullah, PA President Mahmoud Abbas said Thursday that the Palestinians have been formulating a response in conjunction with world leaders.

“Fortunately, there was a positive response from all the countries in the world, from Europe and from Africa and countries close to America that don’t support the U.S.,” he said. “These all are messages to Trump that what he did is an unacceptable crime.”

Later in the day, Palestinian official Jibril Rajoub said that they will not meet with Vice President Mike Pence during his upcoming visit to the region because of the recognition move.

Other “peacemakers” in the Middle East were also heard from:

Hezbollah’s parliamentary bloc in Beirut said President Donald Trump’s decision was the “most dangerous” from any American administration, and threatened international security.

Hamas called for an intifada.

Al Qaeda in the Arabian Peninsula (AQAP) urged Muslims to close ranks to be ready to support Palestinians with money and weapons.

“If you do not move…then tomorrow the holiest of places and the Muslims’ Qiblah, Mecca, will be sold and you will find then no one to defend it,” it said.

The Afghan Taliban denounced it as a “reckless step” and that it exposes America’s “colonialist face and declared enmity toward Islam as well as support for policy of occupation and colonization of Muslim lands.”

Hundreds of Islamists reportedly rallied in several major cities in Pakistan to protest the American move. The demonstrators dispersed peacefully after gatherings in the capital, Islamabad, Karachi and Peshawar.

From South Africa, Nobel laureate Desmond Tutu, the celebrated fighter against Apartheid, said in statement that “it is our responsibility to tell Mr. Trump that he is wrong.” Tutu, 89, in poor health, rarely speaks in public anymore, but made an exception this time.