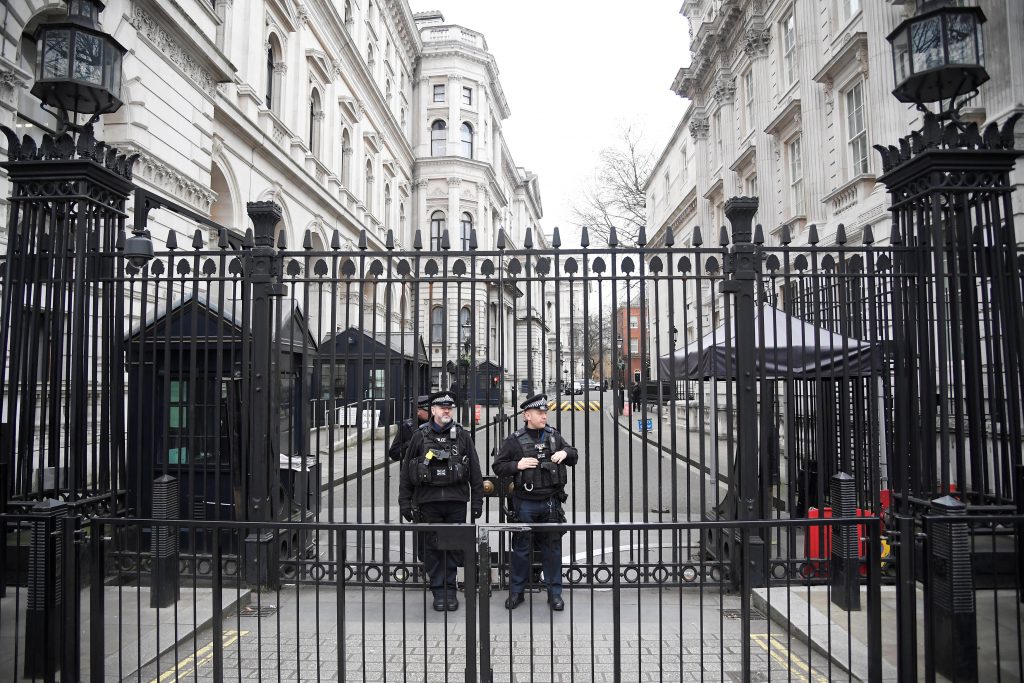 Two men will appear in a London court to face terror charges Wednesday after reportedly plotting to assassinate British Prime Minister Theresa May.

The plan, revealed to the British Cabinet on Tuesday, allegedly involved planting a bomb outside the entrance to Downing Street gates before attackers would stab the U.K. leader in the ensuing chaos.

Andrew Parker, the head of domestic intelligence agency MI5, reportedly told ministers in the briefing that nine Islamic extremist plots have been thwarted over the past year.

The prime minister’s spokesman declined to discuss the details of the alleged plot, but several newspapers have reported that two young men arrested in London and Birmingham last week were making preparations to kill May.

Authorities said only that Naa’imur Zakariyah Rahman, 20, and Mohammed Aqib Imran, 21, were due to appear in Westminster Magistrates Court on Wednesday.