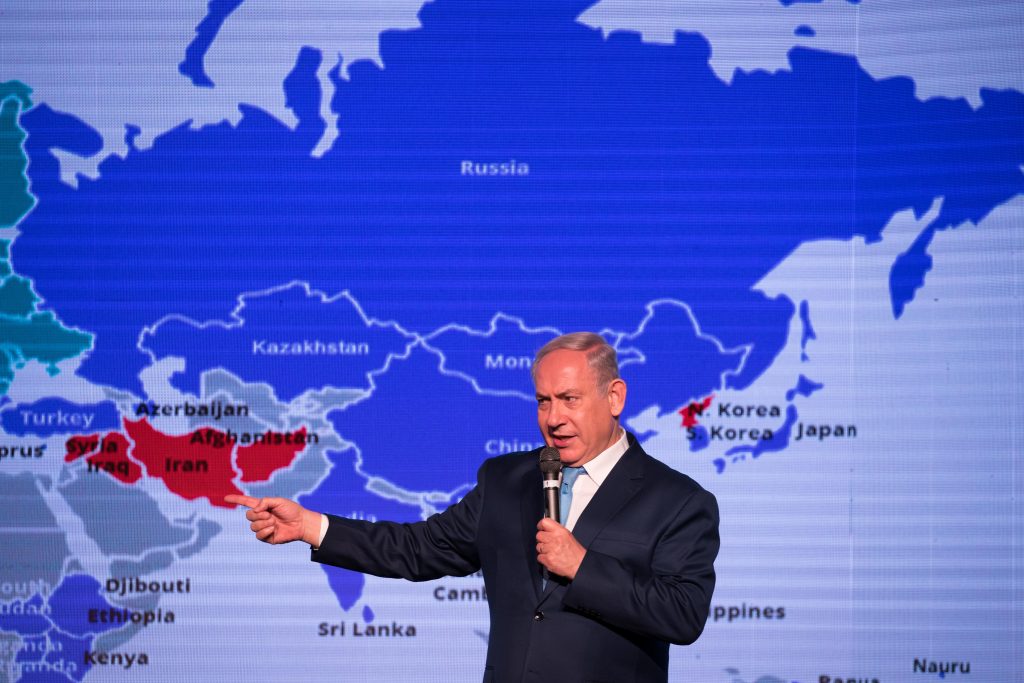 Israel is expanding ties throughout the Middle East but not with Iran, Prime Minister Binyamin Netanyahu said on Wednesday, accusing his country’s arch-foe of trying to dominate the region.

Addressing a diplomatic conference in Yerushalayim, Netanyahu said Israel has relations “with nearly every single one” of the nations that do not formally recognize it, due to their growing need for Israel’s economic and security expertise.

“See that country in red? By the way, that’s not on our list of diplomatic allies,” he said, pointing to Iran on a regional map. He deemed Iran an “aggressive regime” seeking nuclear arms and a “land bridge” via its allies to the Mediterranean Sea.

In his 21-minute speech Netanyahu did not comment on the planned U.S. recognition of Yerushalayim as Israel’s capital during his first public remarks since the White House confirmed the new policy.

Netanyahu outlined Israel’s economic strengths and international outreach, emphasizing the importance of ties with the United States. But he did not mention President Donald Trump’s announcement, due later on Wednesday.