Politics Flynn Told Former Associate That Russia Sanctions Would Be ‘Ripped Up,’ According to Witness
Politics 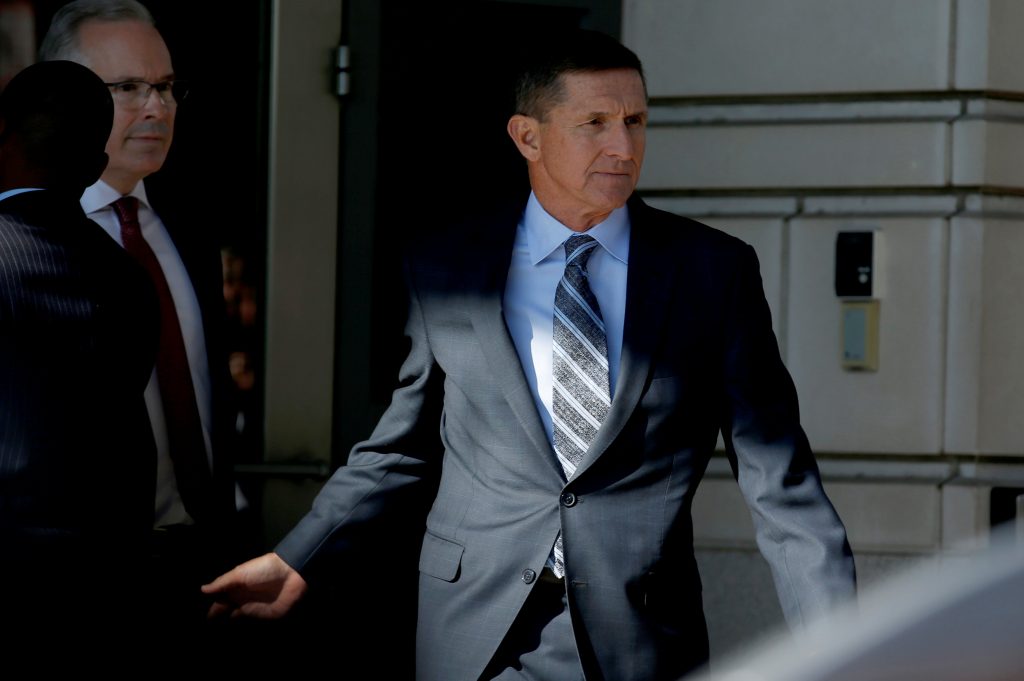 As President Donald Trump delivered his inaugural address on the steps of the U.S. Capitol, his new national security adviser Michael Flynn sent a text to a former business associate telling him that a plan to build nuclear power plants in the Middle East in partnership with Russian interests was “good to go,” according to a witness who spoke with congressional investigators.

Flynn had assured his former associate that U.S. sanctions against Russia would immediately be “ripped up” by the Trump administration, a move that would help facilitate the deal, the associate told the witness.

The witness provided the account to Rep. Elijah Cummings of Maryland, the ranking Democrat on the House Oversight and Government Reform Committee, who detailed the allegations in a letter Wednesday to the panel’s chairman, Rep. Trey Gowdy of South Carolina.

Cummings did not identify the witness, whom he described as a whistleblower. But he asked Gowdy to issue a subpoena to the White House for documents related to Flynn, saying that the committee has “credible allegations” that Flynn “sought to manipulate the course of international nuclear policy for the financial gain of his former business partners.”

Gowdy did not immediately respond to requests for comment. Robert Kelner, an attorney representing Flynn, declined to comment. White House lawyer Ty Cobb said, “I respectfully decline to comment on anonymous information which impacts the Special Counsel investigation.” He was referring to the ongoing inquiry of Russian interference in the 2016 presidential campaign.

The episode indicates that Trump officials had planned to jettison sanctions that the Obama administration had imposed on Russia. Congress later passed a bipartisan measure that placed new sanctions on Russia, a bill that Trump reluctantly signed in August.

On Friday, Flynn pleaded guilty to lying to FBI agents about conversations he had in December 2016 with the Russian ambassador to the United States about the sanctions, among other topics.

According to Cummings’ letter, the witness said he met Alex Copson, Flynn’s former business associate, at an inaugural event. Copson is the managing director of ACU Strategic Partners, a Washington-based company that Flynn said he advised from April 2015 through June 2016, according to a financial disclosure he filed this August.

The witness told Cummings and committee investigators that Copson shared a text message he had just received from Flynn, who was on stage at the Capitol during Trump’s speech.

As the president spoke, Flynn reportedly texted Copson that the nuclear project was “good to go,” the witness said Copson told him.

“Mike has been putting everything in place for us,” Copson said, according to the witness, adding: “This is going to make a lot of very wealthy people.”

Copson showed the witness the text on his phone. The witness could not read the text, but he saw that the time stamp was 12:11 p.m., according Cummings’s letter.

“Mr. Copson explained that General Flynn was making sure that sanctions would be ‘ripped up’ as one of his first orders of business and that this would allow money to start flowing into the project,” Cummings wrote.

The witness told congressional investigators that he was “extremely uncomfortable” with the conversation, Cummings wrote, and took brief notes about the discussion during the inaugural event.

Neither Copson nor an attorney for ACU responded to a request for comment.

Cummings told Gowdy in his letter that he found the witness “authentic, credible and reliable.”

“Although this individual was extremely hesitant to come forward — and still fears retaliation — the whistleblower has decided to do so now because this individual feels duty bound as a citizen to make this disclosure,” he wrote.

The office of special counsel Robert Mueller was aware of the witness’s account and asked Cummings not to release the information until the special counsel had taken “certain investigative steps,” which are now complete, Cummings wrote.

Flynn was involved in the Middle Eastern nuclear project from spring 2015 to the end of 2016, according to recent financial disclosure filings, a period that overlapped with his role as a prominent adviser to Trump’s campaign and transition.

Flynn had served as an adviser to two Washington-based companies pursuing efforts to build nuclear power plants in the Middle East: Copson’s company; ACU Strategic Partners, which proposed a partnership with Russian interests; and IP3/IronBridge, which later began a separate endeavor that initially proposed working with China to build the infrastructure, according to federal documents and company officials.

In various filings in 2016 and 2017, Flynn did not initially disclose his connection to ACU and foreign contacts he made while advising the firm.

After joining the White House, Flynn forwarded a memo written by a co-founder of IP3 to develop a “Marshall Plan” of investment in the Middle East and told his staff to fashion it into a policy for Trump’s approval, The Post reported last month.