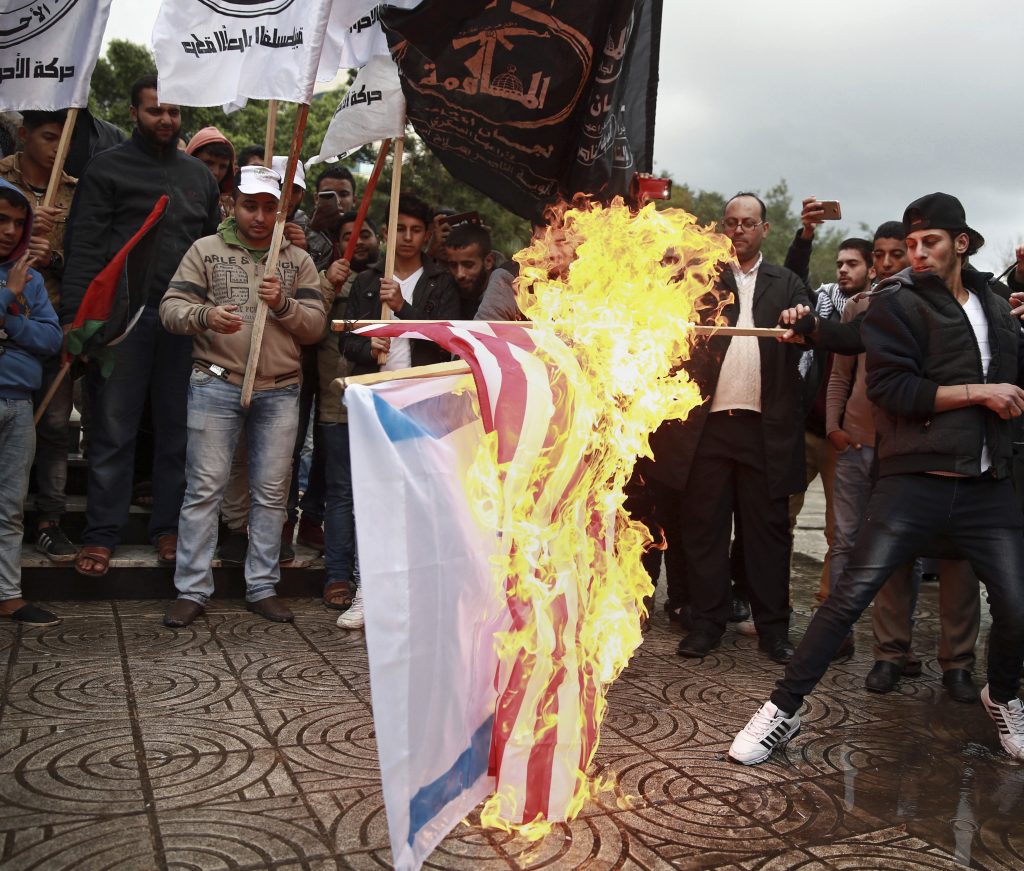 American and Israeli flags were burned as hundreds of Palestinians rallied in Gaza City on Wednesday, ahead of President Donald Trump’s anticipated recognition of Yerushalayim as Israel’s capital, according to The Associated Press.

The gathering was organized by different Palestinian factions and terrorist groups which called for unity in response to the news from Washington. On Tuesday, Fatah and Hamas called for “three days of rage” starting on Wednesday.

They also waved Palestinian flags and banners proclaiming Yerushalayim as “our eternal capital” and calling it a “red line.”

As the situation continued to heat up, E.U. diplomatic chief Federica Mogherini called for “restraint” from the Palestinians.

In a phone call with Palestinian Authority President Mahmoud Abbas, Mogherini sought to calm matters, repeating the E.U.’s commitment to a two-state solution, and its stance that the status of the capital should be settled by negotiations.

“Federica Mogherini called for restraint in any reaction to the expected announcement and welcomed the commitment by President Abbas to call for any demonstrations to remain peaceful,” an EU statement said.

Meanwhile, a more positive note was sounded by U.S. Secretary of State Rex Tillerson who said the Trump administration continues to believe there’s “a very good opportunity” to achieve Middle East peace despite the current turmoil.

Tillerson said he doesn’t want to discuss any decision before Trump announces it himself. But he says people should “listen carefully” to the president’s speech in its entirety.

Tillerson says Trump is “very committed” to the peace process. He says the team led by Trump’s son-in-law and senior adviser Jared Kushner is working “very diligently” to achieve it.