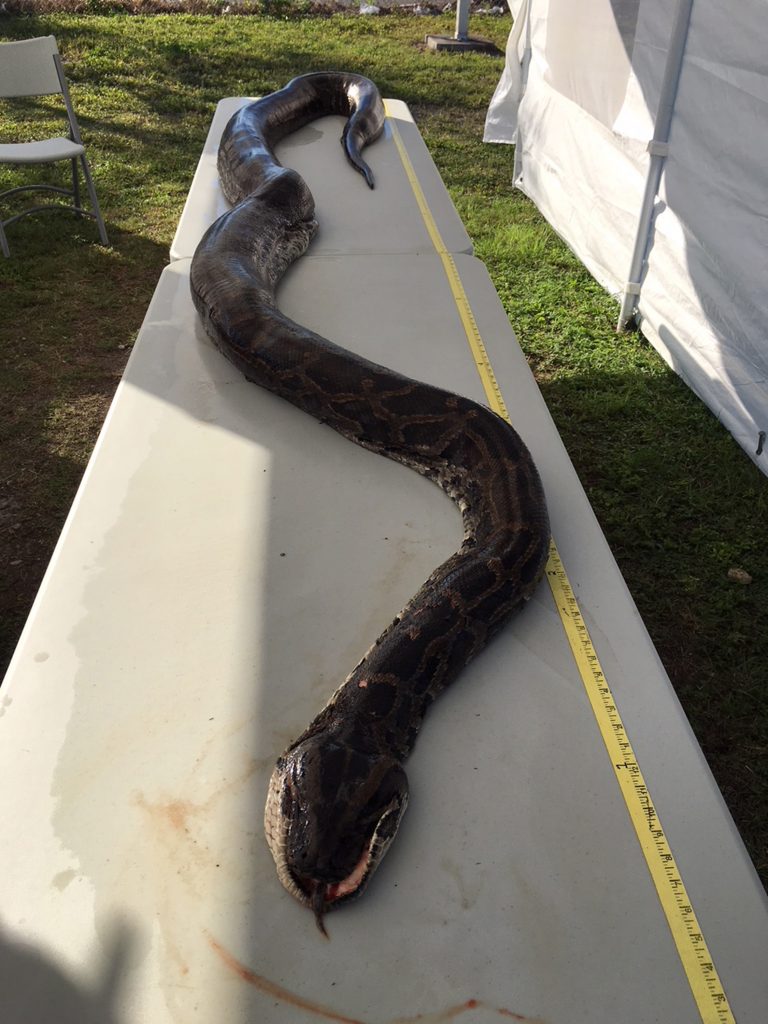 Three hunters caught a 17-foot, 132-pound Burmese python in the Florida Everglades in southern Miami-Dade, a record for the program aimed at curbing the proliferation of the non-native species, according to media reports.

The giant snake was caught Friday at Big Cypress National Preserve, according to NBC 6 Miami.

“That snake could pretty much kill any full-grown man,” said one of the hunters who caught the python, Jason Leon, to NBC 6. “If that snake was alive right now, it would probably take like three of us to be able to control that snake.”

It’s so far the largest snake to be caught under the South Florida Water Management District’s python elimination program.

According to the Miami Herald, Leon spotted the female python about 2:45 a.m. Friday, grabbed it and shot her in the head.

In addition to the South Florida record, Leon also holds the state record for the largest Burmese python ever captured, from his 2013 capture of an 18-footer, the Herald reported.

“We have these guys out there eating our alligators, raccoons, possums, otters, pretty much everything out there,” Leon said. “There’s no natural predators, too.”

Launched in March, the South Florida Water Management District’s python elimination program pays hunters $8.10 an hour. It then pays an extra $50 for a 4-foot snake and $25 for each additional foot beyond that.

For this python, Leon and the two other hunters will reportedly get $375.