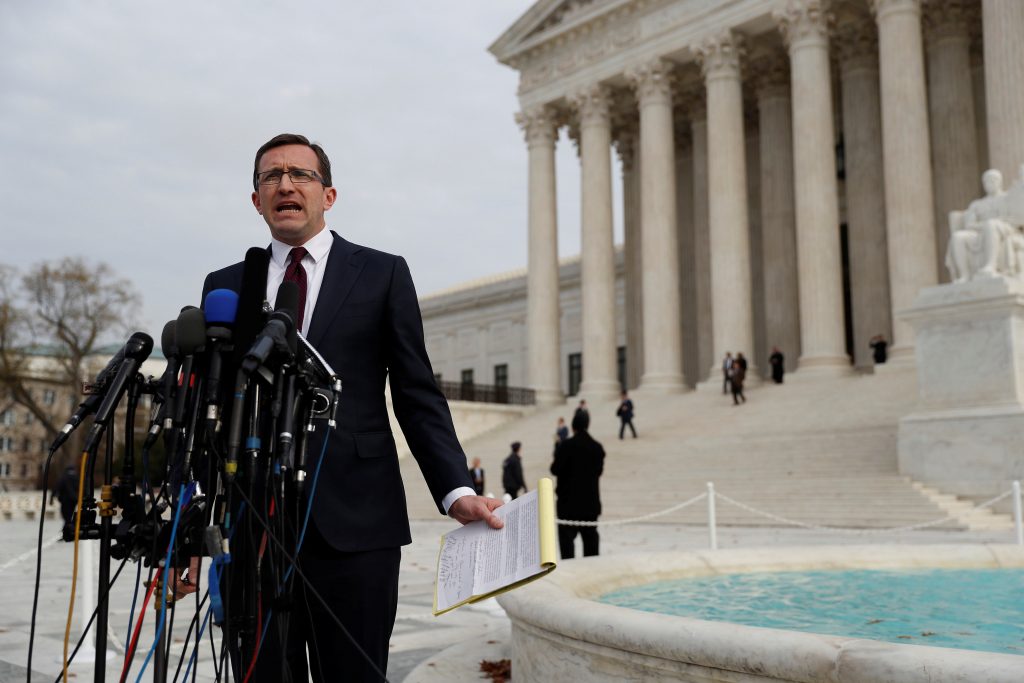 The Supreme Court heard arguments in what is widely regarded as the most significant religious liberty case that it plans to take up this year, asking the justices to strike a balance between rights of conscience and “equal-treatment” laws.

The case centers on Jack Phillips, a self-described “cake artist” from Lakewood, Colorado, a Denver suburb. His case first developed after an administrative law judge and the Colorado Civil Rights Commission concluded that he had violated the state’s anti-discrimination statute by turning down a request to bake a cake for an event he opposed on moral grounds.

In Tuesday’s oral arguments, the justices’ questions largely followed expected patterns, with conservative justices showing greater concern over issues of free speech and religious accommodation and the liberal wing putting their key focus on how a ruling would affect discrimination laws. Justice Anthony Kennedy, who is largely seen as the swing vote on this case and many other similar high-profile issues that have come before the Court, did not tip his hand, expressing skepticism of both sides’ theories.

At one point, Justice Kennedy expressed a concern echoed by several other justices that a ruling for the baker would open the door to broader expressions of discrimination.

However, in one of his strongest statements, he expressed clear disapproval for the lack of effort that Colorado officials made to find a less confrontational way to accommodate Mr. Phillips’s beliefs.

“Tolerance is essential in a free society,” he told Colorado Solicitor General Frederick Yarger. “And tolerance is most meaningful when it’s mutual. It seems to me that the state in its position here has been neither tolerant nor respectful of Mr. Phillips’s religious beliefs.”

The justices also engaged in a brief discussion as to whether statements made by the state’s Civil Rights Commission revealed a bias of “hostility towards religion” that could possibly invalidate their initial decision.

“Commissioner Hess says freedom of religion used to justify discrimination is a despicable piece of rhetoric. Did the Commission ever disavow or disapprove of that statement?” Justice Kennedy asked Mr. Yarger.

Mr. Phillips’s side was argued by Kristen Waggoner, of the Alliance Defending Freedom, a prominent religious liberty law firm, and United States Solicitor General Noel J. Francisco, representing the Trump administration, which has also taken the baker’s side. David D. Cole, legal director for the American Civil Liberties Union, argued on behalf of the state of Colorado together with Mr. Yarger.

A broad base of groups representing the Orthodox community has taken a keen interest and filed “friend of the court” briefs arguing that failure to protect Mr. Phillips’ right to run his business in keeping with his beliefs would endanger the ability of Orthodox Jews and other religious traditionalists to function in the modern workplace while remaining loyal to their faiths.

“What’s amazing and unsettling about the case and about the whole issue they are confronting is that an established constitutional right to free exercise [of religion] is being challenged on the basis of a much more recent recognition of what some perceive as a constitutional right to public accommodations for certain groups,” noted attorney Nathan Lewin, who authored a brief on the case on behalf of the National Jewish Commission on Law and Public Affairs (COLPA), told Hamodia. “The idea that current mores trump Constitutional freedoms of religious practice is a very dangerous one.”

Agudath Israel of America, the Orthodox Union and half a dozen smaller Jewish groups have also submitted briefs. Theirs and many others submitted by non-Jewish groups focused largely on the broad application the case could have to religious individuals should the Constitutional protection of religious practice be weakened.

However, the attorneys arguing the case, as well as Tuesday’s hearing, focused largely on whether forcing Mr. Phillips to produce a custom cake represents a form of “speech,” which would raise questions of forcing him to comply with Colorado’s ruling as an example of “compelled speech.”

“In order to get a majority, the Court may have to limit its decisions to the free speech issue in order to help the baker, but the question is one that is much broader than that,” said Mr. Lewin. “We are pleased that the Trump administration has come down on the baker’s side. We would have liked to see the government take its arguments beyond free speech, but we hope that they win at least on those grounds.”

Attorney Howard Slugh, who has authored several briefs on behalf of a newly formed group, Jews for Religious Liberty, attended the arguments. He said that the importance of Mr. Phillips’ position to religious practitioners was actually crystallized by a question from Justice Sonia Sotomayor, widely seen as part of the court’s liberal wing.

“We’ve always said in our public accommodations law we can’t change your private beliefs … but if you want to be a part of our community, of our civic community, there’s certain behavior, conduct … you can’t engage in,” she said during the arguments.

Mr. Slugh responded that the Justice’s criticism of Mr. Phillips’ case demonstrated “how crucial this case is … I didn’t expect her to put it so bluntly. It is a question of whether people with religious beliefs that contradict the ‘progressive’ winds can function in the public sphere.”

“American society stands at a crossroads,” he said. “The outcome of this case could well determine whether the United States remains faithful to the Founding Fathers’ unwavering commitment to the religious freedom of its people, or whether it reverses course and relegates religious practitioners to the ranks of second-class citizenry.”

A decision is expected sometime in June.