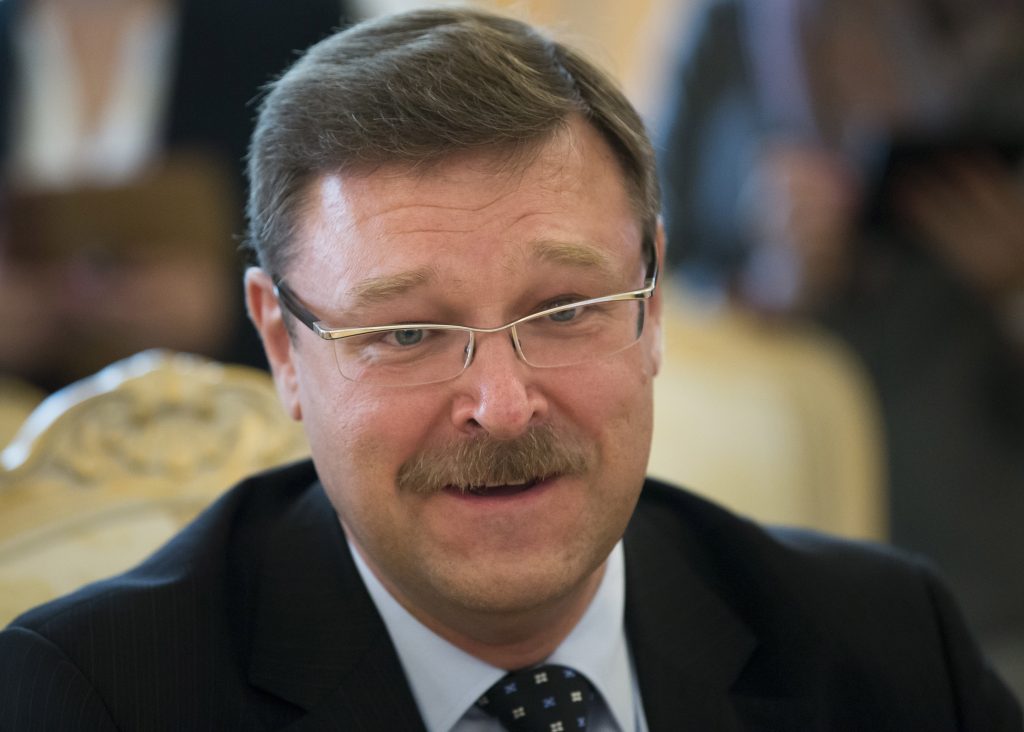 Flynn last week pleaded guilty to lying to the FBI about his December 2016 conversations with Russian Ambassador Sergei Kislyak. Prosecutors said he is now cooperating with special counsel Robert Mueller’s investigation into possible collusion between Russia and the Trump campaign in the 2016 presidential election.

Konstantin Kosachev, head of the foreign affairs committee in the Russian parliament’s upper house, told The Associated Press on Tuesday in Berlin that Flynn’s contacts with Kislyak were “completely proper and fair.”

He said Flynn hadn’t done anything illegal when he reached out to Kislyak to “promote certain American interests.”

“I can’t understand why he did not tell the whole truth from the very beginning,” Kosachev said in English.

Flynn was forced to resign in February following reports that Obama administration officials had told Trump’s team that Flynn had discussed sanctions with Kislyak, a fact at odds with the public assertions of Vice President Mike Pence.

Prosecutors say Flynn asked Kislyak to “not escalate the situation” after the Obama administration imposed sanctions on Russia in retaliation for suspected election interference.

Kosachev noted that he discussed the issue with Kislyak, who now serves as his deputy in the foreign affairs committee after returning from the U.S. and joining the upper house.

Flynn is the first person who served in the Trump White House to be charged in Mueller’s probe into possible collusion between the Trump campaign and Russia, and investigators are looking to gather more facts from him.

Kosachev reaffirmed Russia’s denial of meddling in the U.S. election, adding that Moscow has nothing to worry about regarding Flynn’s testimony.

“In case Mr. Flynn continues to tell the truth, we are absolutely safe,” he said. “Because Russia has never tried to interfere in the election campaign in United States.”

Kosachev emphasized that contacts between Flynn and Kislyak took place after the election, adding that “it was absolutely impossible at that moment to do anything more about the election campaign, which had been over at that moment.”

“I believe that many people in the U.S. who belong to both parties would like to remove Mr. Trump from the power, and they just use or abuse the Russian factor in order to additionally attack Mr. Trump,” he said. “It has nothing to do with Russia.”

Kosachev argued that Russia and the U.S. are “natural partners” who must cooperate on issues such as the standoff over North Korea’s nuclear and missile tests, the crisis in the Middle East and other global challenges, adding that any such cooperation has been thwarted by political infighting in the U.S.

“We can’t do it now because Mr. Trump is completely blocked,” he said. “Any move he tries to make toward Russia is immediately being misinterpreted as a kind of a confirmation that he’s ruled by the Kremlin, that he was elected with the assistance of Russia, and so on and so forth. It does affect in a negative way the state of affairs in the world.”