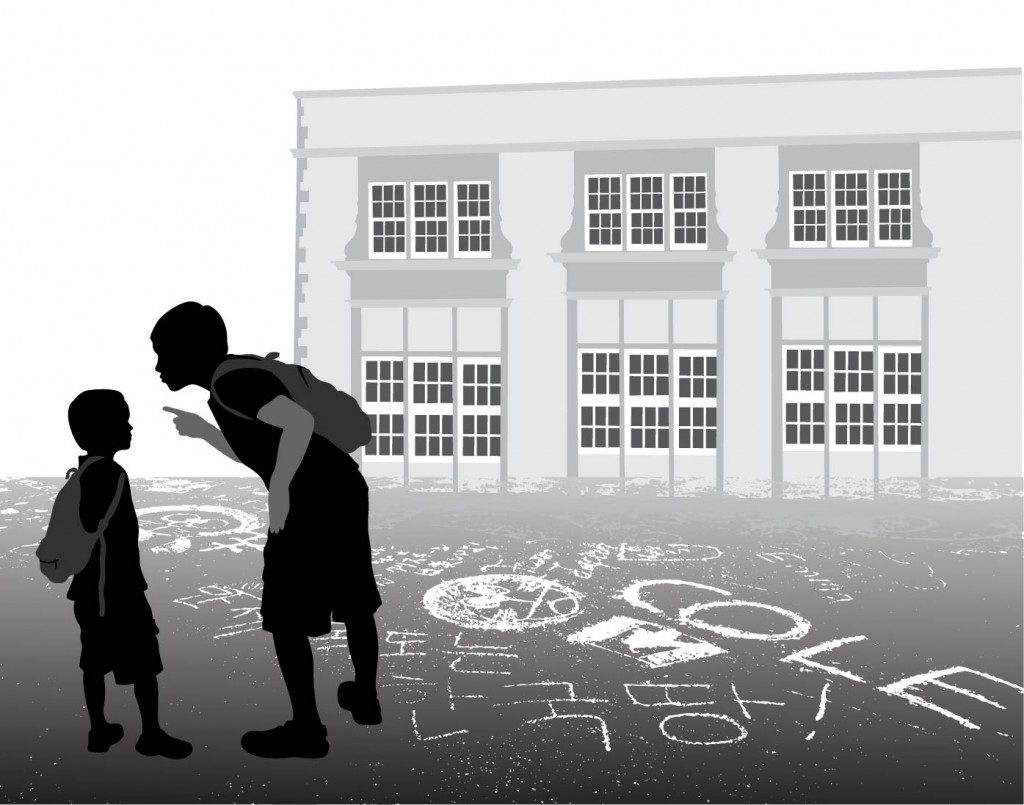 Violence is on the rise in Israeli schools.

The study, conducted among 26,000 students, shows that for many children, school is not a safe place to be. And that’s bound to impact on the ability to learn and develop a positive self-image.

A quarter of the students in grades 4–6 say they were the victims of moderate violence from their friends in the month before the survey. Some 7 percent say they suffered serious violence. Some 38 percent of students, mostly in grades 7–9, say they were subjected to verbal violence.

And we’re not even discussing violence between students and teachers, which has reached the point that teachers recently threatened to strike over a blow to the head that left one of their colleagues unconscious and in need of hospital care. While the teachers regularly strike for better pay and conditions, this was the first time in history that they called a strike over student violence.

The strike was called off after the Education Ministry promised to advance legislation to tackle violence by students against teaching staff. The legislation under consideration would classify teachers as civil servants, automatically making those who attack them liable to stiffer prison terms.

Education Minister Naftali Bennet assured the teachers union that he’d work to increase the severity of punishments, to include expulsion of students from school and prison terms of up to five years.

Tragic as the situation is, it isn’t surprising. Children are vessels. Fill them with values, with middos, with Torah hashkafah, with role models like Avraham, Yitzchak and Yaakov, and they develop into refined individuals who can control themselves and respond to frustration in healthy ways.

A child who is taught proper respect for a teacher, for an elder, would never consider raising a hand to him.

On the other hand, put children in a spiritual vacuum, with no Torah values, and you get a cruel world where bullies reign supreme and students take sticks and knives to teachers.

It is obvious that the solution to the problem is not kicking youngsters out of school or increasing prison sentences, and who should know this better than the education minister? The teenager who is out of control — like the 17-year-old who put a knife to his teacher’s throat and threatened his life (for intervening to break up a fight between the student and another teacher) — is not going to desist because of a law on the books that ups his prison time.

And it’s doubtful to the extreme that he’ll leave prison a more thoughtful person who appreciates the need to resolve differences in a more civilized fashion.

To be fair, Bennet has tried to introduce more Yiddishkeit into public schools, with varying degrees of success. While most parents are thrilled to see their children receive Jewish education and values, a vocal minority, egged on by the media and so-called liberal groups, raise a hue and cry over any attempt to introduce Jewish content, even Shabbos parties in kindergarten.

The minority’s agenda is to turn Israel from a Jewish state to a state of all its citizens. Not surprisingly, such a state will look like any other, with the same level of violence and bullying, both in school and out.

It is up to the silent majority to be silent no longer. Parents and teachers and administrators must raise their voices on behalf of their children, to ensure that they get the education they’re entitled to, schools where they feel safe and receive age-old values that are their rightful heritage.

They must insist that their children be exposed to basic concepts like Kiddush and Shema, and be taught chagim as expressions of the close relationship between Hashem and the Jewish people, not in sanitized, universalistic terms.

If the demand comes from the religious, it will be misinterpreted as coercion instead of genuine pain and concern felt for those who are being denied the benefits of Torah.

The secular often claim that the religious do not have a monopoly over religion. And they are right. They have every right, and duty, to learn Torah, keep Shabbos and transmit Judaism to the next generation, just as their ancestors did. But if they aren’t yet ready to exercise that right, they should at least allow their children to be exposed to Torah-true Judaism taught in a non-“threatening” way by teachers who live Yiddishkeit and can properly model it for their children.