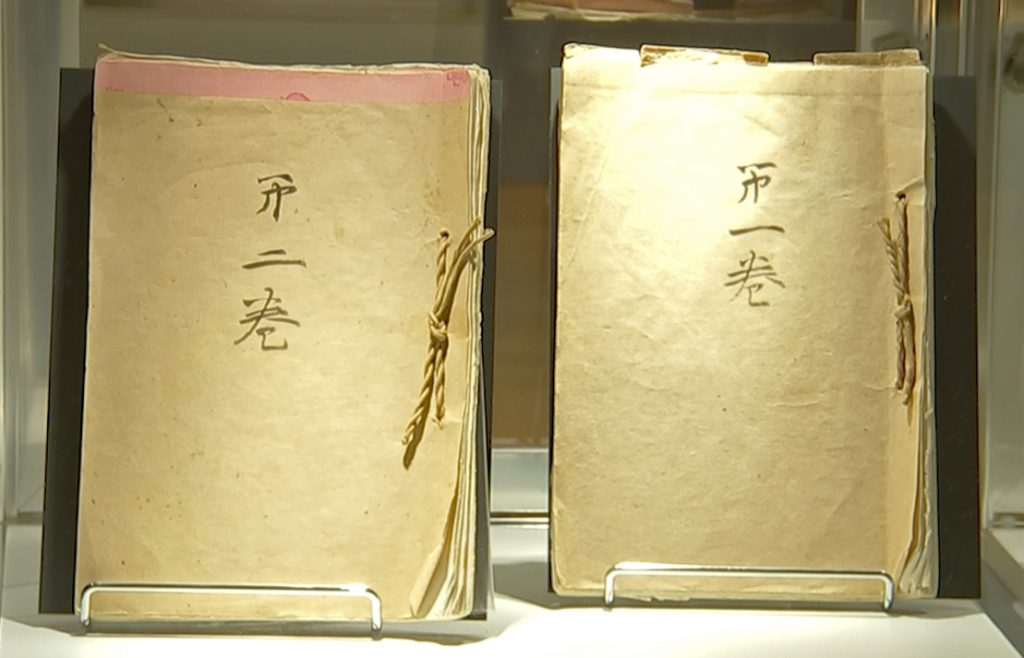 A memoir by Japanese Emperor Hirohito that offers his recollections of World War II at the request of Gen. Douglas MacArthur, whose administration controlled Japan at the time, is predicted to fetch between $100,000 and $150,000 at an auction in New York Wednesday.

The 173-page document, also known as the imperial monologue, covers events from the Japanese assassination of Manchurian warlord Zhang Zuolin in 1928 to the emperor’s surrender broadcast recorded on Aug. 14, 1945.

The document’s contents caused a sensation when they were first published in Japan in 1990, just after the emperor’s death.

The two volumes being auctioned are each bound with strings, the contents written vertically in pencil. It was transcribed by Hidenari Terasaki, an imperial aide and former diplomat who served as a translator when Hirohito met with McArthur.

The monologue is believed among historians to be a carefully crafted text intended to defend Hirohito’s responsibility in case he was prosecuted after the war. A 1997 documentary on Japan’s NHK station found an English translation of the memoir that supports that view.

The transcript was kept by Terasaki’s American wife Gwen Terasaki after his death in 1951 and then handed over to their daughter Mariko Terasaki Miller and her family.