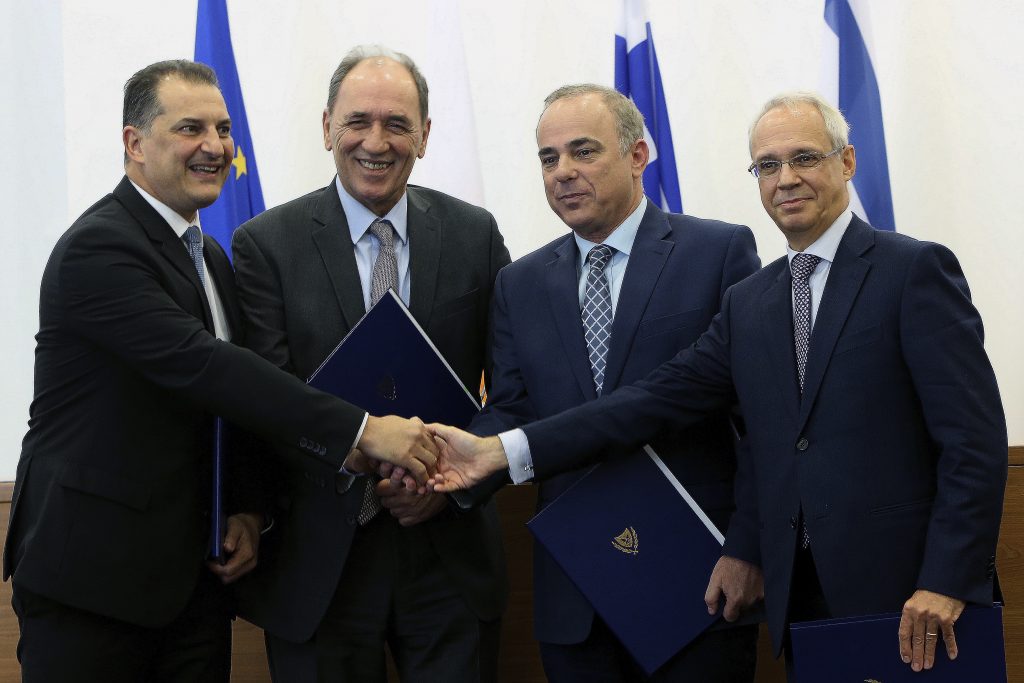 Steinitz said that a study on the “strategic” EastMed Pipeline Project shows that the pipeline is feasible, even though it presents technical challenges due to the depths involved.

The estimated 6.2 billion-euro ($7.36 billion) pipeline could take 6-7 years to build and the countries involved in the project “are serious about it, it will happen,” he predicted.

It was also noted that an undersea pipeline would be less vulnerable to sabotage and won’t have to cross many national boarders to reach markets, making it a safer investment.

“This is one of the best projects,” Steinitz told The Associated Press ahead of the signing of an agreement between Cyprus, Israel, Greece and Italy affirming their commitment to moving ahead with the project.

Steinitz said significant deposits already discovered in the east Mediterranean, including Israel’s Leviathan field, are “just the tip of the iceberg” and that “it’s very likely” that more gas will be found in Cypriot waters

Italian energy company Eni, along with France’s Total and ExxonMobil, are now searching hydrocarbons off Cyprus. Two years ago Eni discovered in Egyptian waters the biggest gas field ever found in the Mediterranean.

Steinitz told reporters after the signing of the agreement that apart from the EastMed pipeline, Israel is considering building direct pipelines to neighboring countries including Egypt and Turkey.

In a joint statement after the signing, the four countries said the project would “secure a direct long-term export route from Israel and Cyprus to Greece, Italy and other European markets,” bolstering the European Union’s security of supply and promoting competition among gas suppliers.

Cyprus’ Energy Minister Yiorgos Lakkotrypis said the four countries are looking to sign an overarching deal incorporating all the technical and economic aspects of the project next year.

Elio Ruggeri, chief executive of IGI Poseidon which is heading the project, told The Associated Press that there’s now an oversupply of gas to Europe, which will keep prices low and forestall new investment in infrastructure.

But a projected rise in gas prices will make construction of the 2,000-kilometer (1,250-mile) pipeline viable by its 2025 scheduled completion.

The pipeline would start about 170 kilometers (105 miles) off Cyprus’ southern coast and reach Otranto, Italy, via Crete and the Greek mainland.