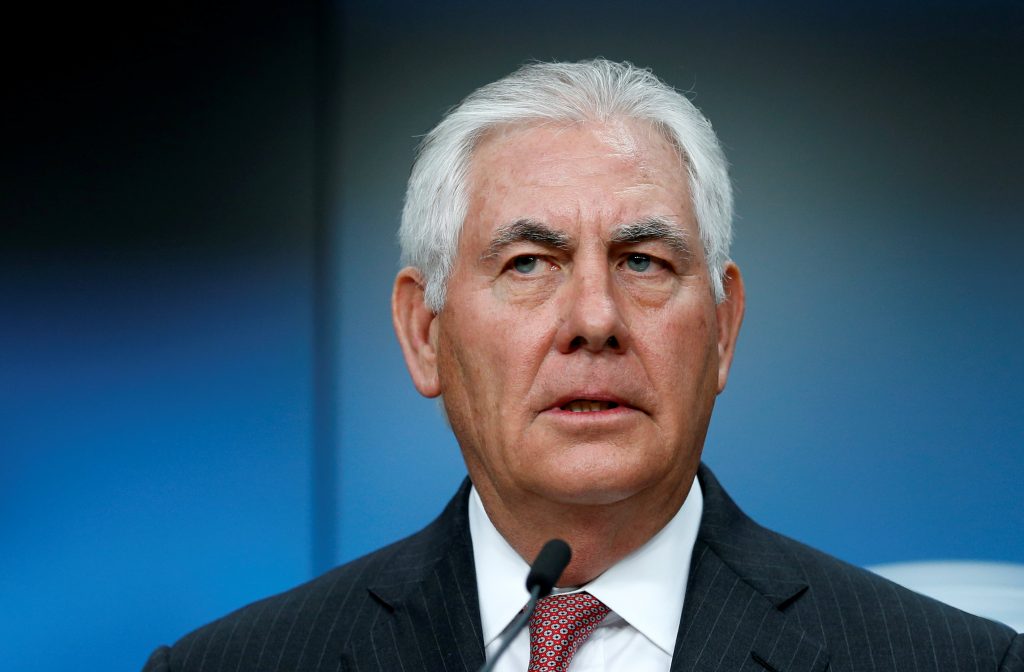 “The partnership between America and the European Union … is based upon shared values, shared objectives for security and prosperity on both sides of the Atlantic and we remain committed to that,” Tillerson said before a lunch with 28 EU foreign ministers.

Tillerson, in brief statements with EU foreign policy chief Federica Mogherini, after which the two took no questions, said his visit showed “the strong commitment the U.S. has to the European alliance, the important role that the European alliance plays in our shared security objectives.”