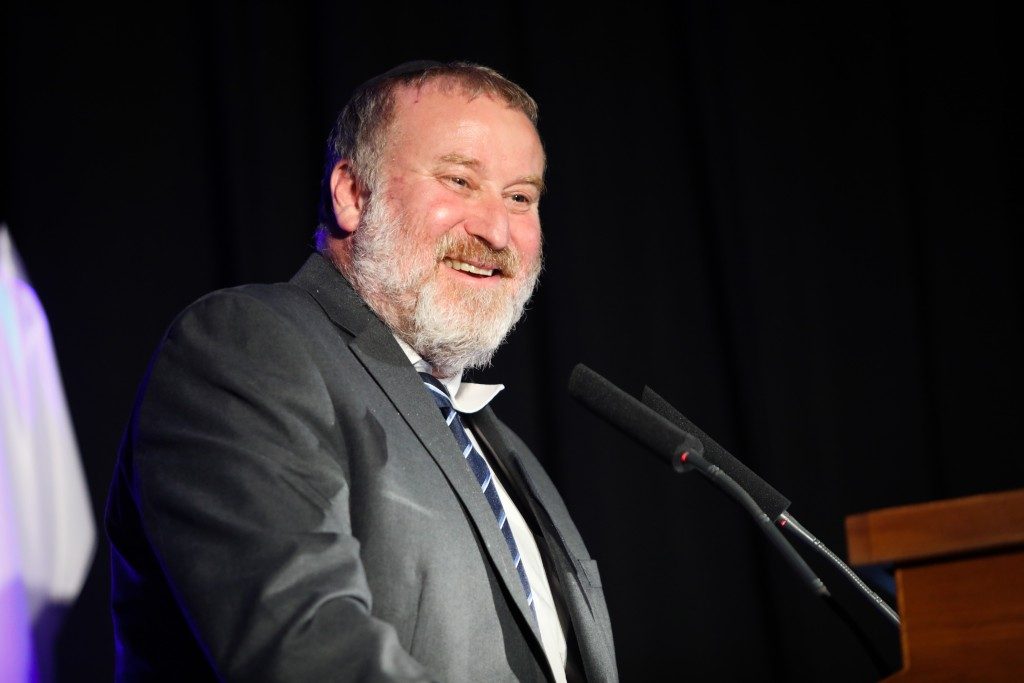 Reb Avichai Mandelblit is a chareidi, G-d-fearing Jew. Once a week, he comes to the Ashlag beis medrash in Bnei Brak to participate in a Kabbalah shiur where the sefarim of the Sulam and his son and successor, the Rebbe Harav Baruch Shalom, zt”l, are studied. Mandelblit earns a living in the political field; for the past few years, he’s been serving as attorney general of Israel.

But it isn’t just the kippah on his head that repels some people. What they find really galling is his consistent position at the side of Prime Minister Binyamin Netanyahu, who appointed him to his post. Every Motzoei Shabbos for the past year, demonstrators with megaphones have raised a racket across the street from his home in Petach Tikvah. They come to protest the fact that Mandelblit has not yet bowed to the media and is not attempting to topple the prime minister.

He inherited his party loyalty from his father, Baruch Mandelblit, who was among Menachem Begin’s loyal supporters. Baruch was from the old school of merchants and tradesmen that filled Tel Aviv in those days. Families from all over the city — bourgeois and simple, rich and poor — flocked to his clothing store. There was one thing they all loved about him: his unwavering honesty. Baruch never cheated anyone.

Avichai stood on the side, looked on and learned a lesson. Later, when he was studying law, he discovered Toras Hashem and became a full-fledged baal teshuvah. There is one thing no one can take from him: the rare integrity with which he has been blessed, the same integrity that so irritates those who hate the government.

The current goings-on in the State of Israel are an unpardonable crime. The police and the attorney’s office have banded together with various left-wing organizations and the leftist media and made up their collective mind to oust the man standing at the helm of the government — a man elected by a majority of the people, as is customary in democratic nations.

For many months now, a witch hunt has been underway against anyone who comes in contact with the prime minister. The chareidi partners get clobbered over and over again. But this week, all red lines were crossed.

With Mandelblit remaining silent and refusing to take his cues from the media, the police took a step forward. David Bitan, who serves as chairman of the coalition, is considered the prime minister’s right-hand man and, as such, promotes laws that will benefit the prime minister. Such is the “Recommendations Law,” which prohibits the police from telling the nation and the media about police recommendations to open a file against anyone.

Supporters of the law argue that it is driven by compassion. It often happens that the police report a recommendation to prosecute a public representative, and a long while later — sometimes a year or two — the case is closed with nary a whisper. During those two years, however, the fellow is considered a suspect; his hands are tied and he is unable to do anything. The proposed law, they claim, will give suspects the benefit of the doubt rather than deliver them into the hands of the media or the nation before any evidence of wrongdoing is found.

Those who oppose the law feel it was custom-tailored to fit Mr. Netanyahu’s needs. On Sunday, a day before the Recommendations Law was scheduled to be aired at the Knesset, David Bitan, who initiated the proposal, was summoned for questioning. All of a sudden, stories and suspicion rose up about the man who sacrificed so much of himself for the sake of the prime minister.

Bitan spent 13 hours under police investigation and, every hour on the hour, the media received excerpts of what had been said in the investigation room. The Israeli people saw in real time how a man can be incriminated in the blink of an eye and concluded that the initiative was actually important and correct, and that the Recommendations Law is a must. But the public also learned that the law would not necessarily stop intentional police leaks.

As of now, the Recommendations Law is off the table at the Knesset. David Bitan will most likely be forced to seek a different form of livelihood; Avichai Mandelblit will have to work hard to reach the Supreme Court; and democracy in Israel will have to take a brief vacation.