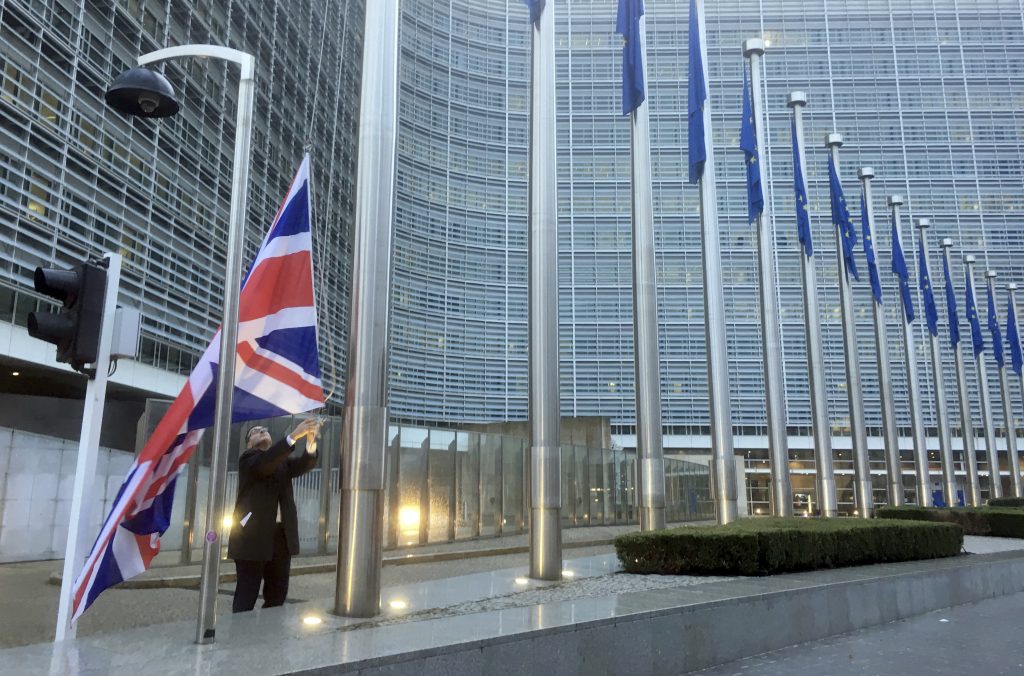 British Prime Minister Theresa May will make a diplomatic blitz to Brussels on Monday to meet top European Union officials and try to reach a much-needed breakthrough in the negotiations on Britain’s exit.

May is to meet with EU Commission President Jean-Claude Juncker and EU Council President Donald Tusk, and hopes to make what the EU calls “sufficient progress” on the questions of Britain’s leaving bill, Irish border conditions and the rights of citizens in each other’s territories.

That progress is needed, the EU says, before the sides can move the negotiations on to the next important stage about future trade relations, including trade, next week.

The Irish border issue in particular has stood out as a sticking point, with Irish Foreign Minister Simon Coveney telling Irish broadcaster RTE that “we don’t yet have agreement” on a full text.

A British official, who spoke only on condition of anonymity in line with government policy, said overnight there were “plenty of discussions still to go” and instead of an initial Monday deadline for a breakthrough, the official called the talks now “an important staging post.”

The EU’s top Brexit officials will also be huddling among themselves looking how to get more concessions from Britain, specifically on citizens’ rights and the Irish border.

Britain is set to leave the EU on March 29, 2019 yet the progress on its exit and the terms of new relations have been painfully slow.

The 27 other member states need to declare there is enough progress on the three divorce issues during their Dec. 14-15 summit before the talks can start, including future relations, something which is paramount for hard-pressed Britain.

Yet Monday is still fraught with difficulties. Juncker first meets with Brexit experts from the European Parliament, which will eventually have to endorse any departure deal.

And Manfred Weber, the chief of the EPP Christian Democrats’ group in the EU parliament, said his group still saw plenty of hurdles.

Weber said in a tweet that even if the issue of the outstanding bill had made major progress, “we are much more concerned about the fact that negotiations are stalled on the protection of EU citizens’ rights & on the Irish case.”

Coveney held out hope, though. “We are not quite yet where we need to be, but it is possible to do that today,” he said.