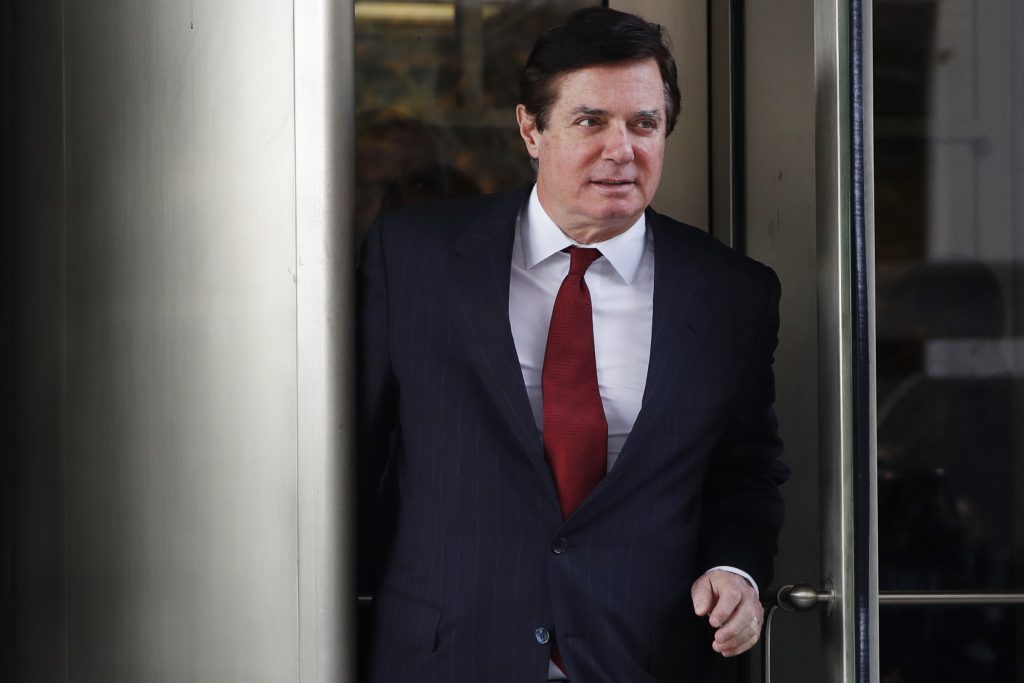 While facing several felony charges, Donald Trump’s former campaign chairman Paul Manafort has been working on an op-ed essay with a longtime colleague “assessed to have ties” to a Russian intelligence service, according to court papers filed Monday by prosecutors working for special counsel Robert Mueller.

In the court filing, prosecutors say Manafort and the colleague sought to publish the op-ed under someone else’s name and intended it to influence public opinion about his work in Ukraine. The op-ed was being drafted as late as last week, with Manafort currently under house arrest. Prosecutors did not name the colleague but noted the person is based in Russia.

Manafort is currently facing several felony charges involving allegations of money laundering and other financial crimes related to his political consulting work in Ukraine. He has been confined to his home while he works out a bond arrangement with the government.

In the court filing, prosecutors say the op-ed appeared to violate an admonishment from the judge last month to refrain from public statements.

“Even if the ghostwritten op-ed were entirely accurate, fair, and balanced, it would be a violation of this Court’s November 8 Order if it had been published,” the prosecutors wrote. “The editorial clearly was undertaken to influence the public’s opinion of defendant Manafort, or else there would be no reason to seek its publication (much less for Manafort and his long-time associate to ghostwrite it in another’s name).”

Manafort has denied any wrongdoing related to his work in Ukraine. A spokesman for Manafort did not immediately respond to a request for comment.