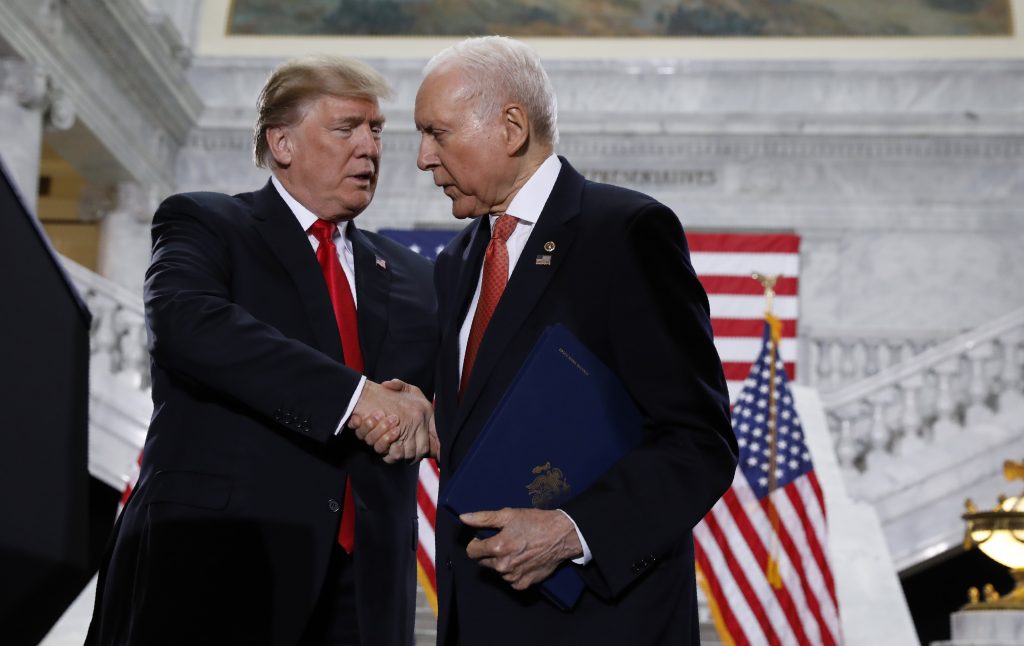 Trump’s announcement, which amounts to the largest rollback of national monuments in U.S. history, follows a months-long review by the Interior Department that he ordered in April to identify which of 27 monuments designated by past presidents should be rescinded or resized to provide states and local governments more control of the land.

“Some people think that the natural resources of Utah should be controlled by a small handful of very distant bureaucrats located in Washington. And guess what? They’re wrong,” Mr. Trump said while announcing the decision in the state capitol, alongside Utah’s Republican Governor Gary Herbert and the Utah congressional delegation.

Unlike national parks that can only be created by an act of Congress, national monuments can be designated unilaterally by presidents under the century-old Antiquities Act, a law meant to protect sacred sites, artifacts and historical objects.

Mr. Trump said former presidents abused the Antiquities Act by putting unnecessarily big chunks of territory off limits to drilling, mining, grazing, road traffic and other activities – a headwind to his plan to ramp up U.S. energy output.

The other would cut to the state’s 1.9 million acres Grand Staircase-Escalante National Monument created by President Bill Clinton in 1996 nearly in half, splitting it into three areas.

While a handful of monuments have been resized in the past, none has been cut back to such an extent.

Republican Congressman Rob Bishop of Utah, chair of the House Natural Resources Committee, is expected to introduce legislation after Mr. Trump’s announcement to carry out the cuts, a House aide said. It is unclear if the measure would have a chance of passing the Republican-controlled body.

Mr. Trump will also ask Congress to look at the areas that are being removed from the current monuments to consider designating some as a national conservation or national recreation areas, and create a co-management structure for tribes, an administration official said.

Tribal leaders representing the five tribes that pushed for the creation of the monument, and who now manage it, said they will take the Trump administration to court. They include the Navajo, Hopi, Pueblo of Zuni, Ute Mountain and Ute Indians who consider Bears Ears sacred. “We will be fighting back immediately. All five tribes will be standing together united to defend Bears Ears,” said Natalie Landreth, an attorney for the Native American Rights Fund, which believes the cut would violate the Antiquities Act.

“It’s a sad day in Indian country,” said Nez, who added that the Interior Department did not listen to the tribal leaders who fought to create the monument.

Obama created Bears Ears, an area bigger than the state of Delaware and named for its iconic twin buttes, days before leaving office after lobbying by the tribes.

Conservation groups and outdoor clothing company Patagonia have also said they plan to file a legal challenge, arguing that the administration ignored public support for the monuments.

Others, however, welcomed Mr. Trump’s announcement as a chance to boost the economy in one of America’s most remote areas.

“Reducing the size of the monument would help free up a lot of land that has been under oppression,” said Mike Noel, a state representative from Kane County, more than half of which is occupied by Grand Staircase.