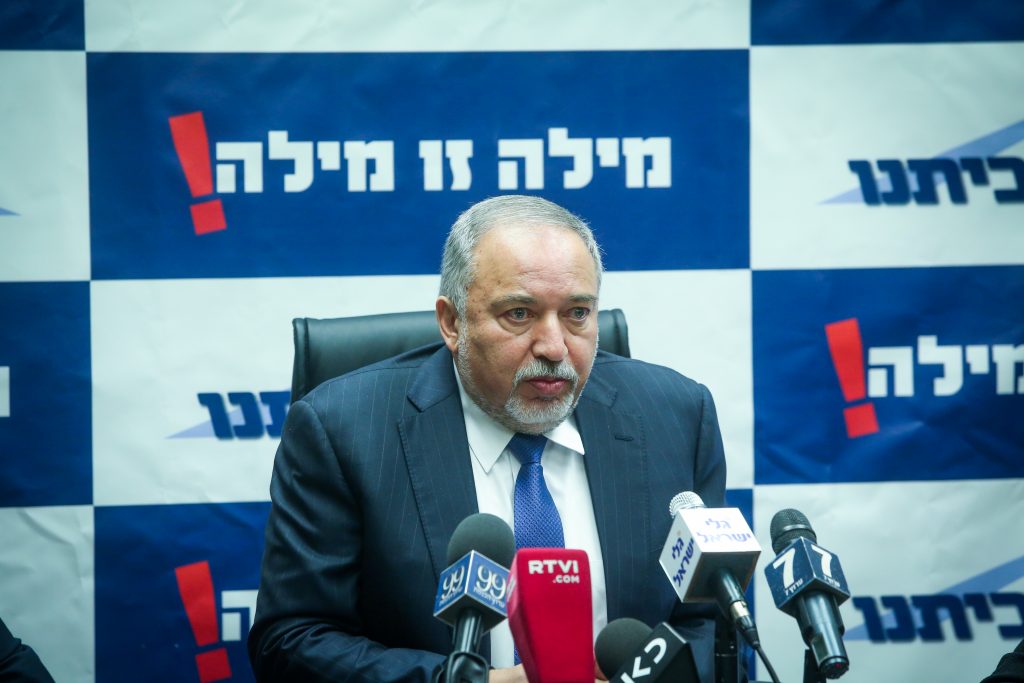 The specter of a violent Palestinian backlash against a possible American decision to move the embassy to Yerushalayim or recognize the city as Israel’s capital mounted on Monday with threats of protests in the streets.

Mahmoud Abbas’s Fatah party called for mass mobilization of Palestinians if U.S. President Donald Trump does either, as some have predicted he will this week.

Also on Monday, the southern branch of the Islamic Movement said it would organize protests if such an announcement comes from Washington.

The deputy head of the southern branch, Sheikh Safwat Farig, warned The Jerusalem Post there could be bloodshed:

“We inside Israel will protest in the legal ways, in the legitimate ways, but it’s clear it won’t be business as usual and we won’t sit passively. We will protest opposite the U.S. embassy and make demonstrations inside Israel. That’s the minimum we must do.”

Asked about the chances of violence, Farig said, “I hope there won’t be inside Israel but I am concerned that in Yerushalayim and Yehudah and Shomron it will spread into unnecessary bloodshed.”

“What Trump declares is one thing, but there is a Palestinian people on the ground unwilling to accept it,” Farig said. “We always thought the U.S. was an unfair mediator. Now we think not only this, but that the U.S. is a party in this conflict. And that is dangerous.”

The warnings follow reports of intense diplomatic activity in the Arab and Moslem world to head off a change in the status quo in Yerushalayim.

Jordan’s foreign minister Ayman Safadi made a late-night call to Secretary of State Rex Tillerson to notify him that such a decision could “trigger anger across the Arab and Muslim world, fuel tension and jeopardize peace efforts,” according to Jordan’s state news agency.

Egypt’s foreign minister Sameh Shoukry also reportedly sought to impress on Tillerson the “possible negative impacts” on peace, according to a ministry spokesman.

The Palestinians have urged an emergency meeting of the Arab League, and Jordan was reportedly making preparations for it.

The noise of opposition has reached into the White House as well, and President Donald Trump was described as “agitated and exasperated” by it.

According to the Washington Post, in an hour-long discussion with senior national security aides at the White House on Monday, the president was upset “at what he saw as overly cautious bureaucratic hand-wringing,” two people familiar with the discussion said.

The result of the meeting was a proposal, still under discussion, to issue a waiver [leaving the embassy in Tel Aviv] but make a formal declaration that the United States considers Yerushalayim to be Israel’s capital, officials said.

The president did receive some encouragement from Israeli officials, though.

Defense Minister Avigdor Liberman and Yesh Atid leader Yair Lapid on Monday both urged him to do both: recognize Yerushalayim as Israel’s capital and relocate the embassy from Tel Aviv.

Liberman dismissed the dire warnings from Palestinians and the Arab world, saying that Israel will “know how to deal with all the ramifications” of any U.S. decision.

Liberman said he “completely supports” recognition, hailing it as the “right step” and a measure that would be “very, very important to all Jewish people.”

Lapid told his Yesh Atid faction meeting that the U.S. should have recognized Yerushalayim as Israel’s capital “70 years ago,” or at the very least “the day after ’67,” referring to the 1967 Six Day War when Israel reclaimed the whole city.