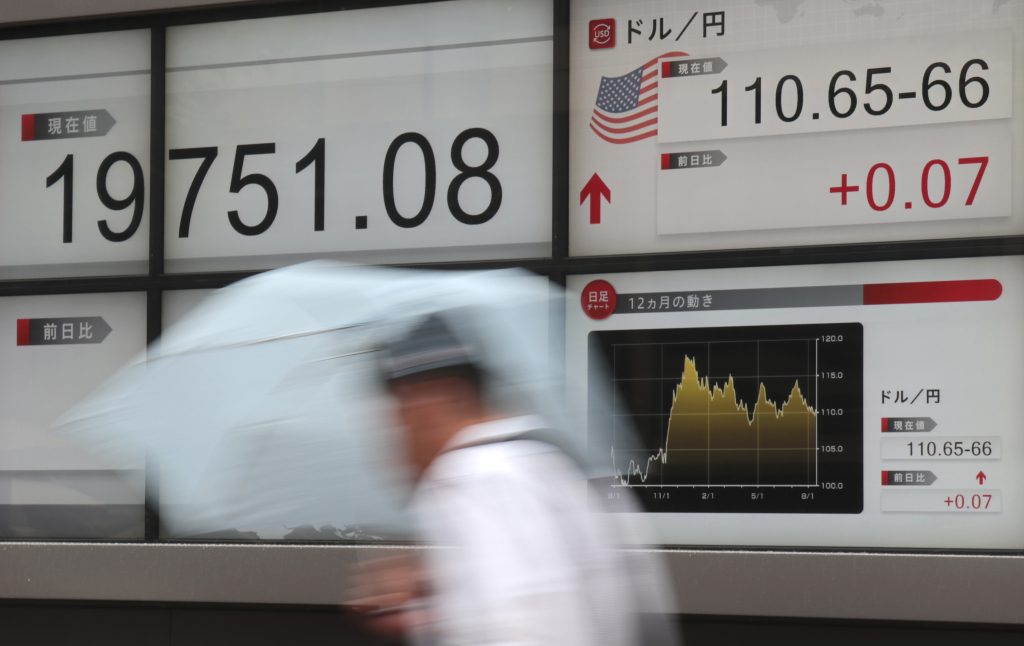 The U.S. dollar bounced to a two-week top on Monday and S&P futures jumped as traders marked the passage of a Senate tax bill over the weekend, a move that raises the risk of more aggressive rate hikes in the world’s largest economy.

Pointing to a firm start for European shares, FTSE futures were up 0.7 percent.

Traders will be focusing their attention on a meeting scheduled for British Prime Minister Theresa May and EU Commission President Jean-Claude Juncker to work on a Brexit deal.

The euro slipped 0.15 percent, while the British pound was steady amid media reports that an agreement was near on the terms of the Brexit divorce.

Asian shares started the week with a whimper.

The greenback jumped 0.7 percent to as far as 112.98 yen, the highest since Nov. 17 on expectations of faster U.S. rate hikes as fiscal policy was set to be eased even while the U.S. economy was running at or near full employment.

A U.S. tax cut could also boost corporate profits and lead to a slew of share buy-backs. U.S. stockmarkets have already rallied for months on hopes that Washington would provide significant tax cuts for corporations.

“If you do see a U.S. fiscal stimulus in 2018 all its likely to do is accelerate the need for further U.S. policy tightening, which indirectly could be negative for emerging markets,” said Chris Weston, Melbourne-based chief market strategist at IG.

“If real yields trend higher and the U.S. dollar rises further that would put emerging markets and Asia on the back burner,” Weston added.

Bitcoin hovered close to an all-time high of $11,800 set on Sunday after the U.S. derivatives regulator allowed CME Group and CBOE Global Markets to list bitcoin futures. The cryptocurrency was last trading around $11,375 on the Luxembourg-based Bitstamp exchange.