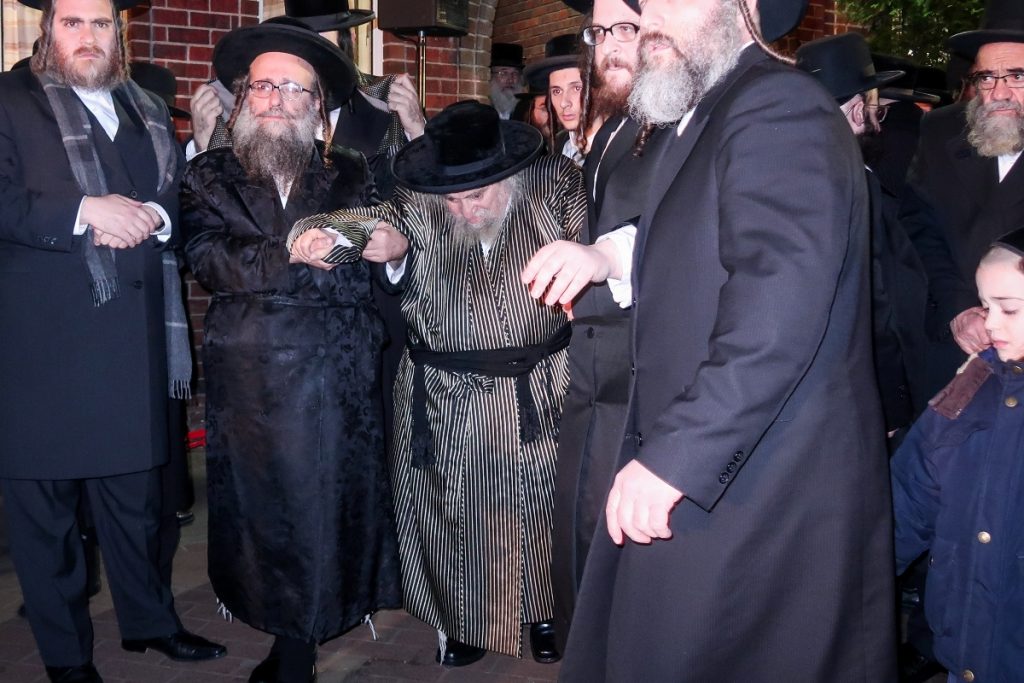 Rebbetzin Chaya Rechel Roth, a”h, 77, the wife of, ybl”c, Harav Yechezkel Roth, shlita, was niftar on Monday, 16 Kislev. The Rebbetzin personified the eishes chayil of previous generations, maintaining the highest standards of tznius, keeping an open home for all who needed it, and doing everything in her power to assist in her husband’s avodas hakodesh.

“She gave her entire life for Torah,” one relative told Hamodia. “She didn’t need anything for herself. She did all that she could so that her husband could sit and learn. Her house had open doors, and as long as she had strength, she stood day and night tending to the needs of whoever came.”

The Rebbetzin was born in 1937 in the town of Satmar in Romania. Her parents, Reb Chaim Menachem, z”l, and Mrs. Rifka Feiga, a”h, were both highly respected members of the community.

As a young girl, Chaya Rechel was deported by the Nazis, together with her parents and two sisters. With tremendous siyatta diShmaya they would all survive and rebuild their home in Eretz Yisrael after the war.

In the late 1950s, the Rebbetzin became engaged to a bachur who had earned the title as one of the greatest masmidim in Yerushalayim, a talmid of the Satmar yeshivah, Harav Yechezkel Roth.

At a relatively young age, Rav Roth was appointed to serve as Dayan of the Satmar kehillah in the Katamon section of the city, where he began his long career as a sought- after and admired Posek.

In these years, the growing Roth family lived very modestly in the material sense, but did not want for ruchniyus. As she would do for decades to come, the Rebbetzin zealously protected her husband’s time as he sat for hours learning Torah, interrupting only to answer she’eilos that were brought to him.

In 1972, at the urging of the Satmar Rebbe, Harav Yoel Teitelbaum zy”a, the family moved to America, as Rav Roth was appointed to lead the growing needs of the Satmar kehillah in Boro Park. There, their home became renowned as a place of refuge for all that needed a warm meal or even a bed in which to spend the night.

About 30 years ago, Rav Roth began to serve as Rav of Meron, spending a good deal of time there as well. In their home in the shadow of the kever of Rabi Shimon bar Yochai, the Rebbetzin continued her famous hachnasas orchim to the many who flocked to the Tanna’s grave.

The Rebbetzin had been ailing in recent years, and she was niftar on Monday afternoon. The levayah was scheduled to be held at Khal Adas Yereim Karlsburg in Boro Park on Monday night. From there the aron was to be brought to Eretz Yisrael for kevurah in Meron, in the Karlsburg chelkah near the kever of Rabi Yochanan HaSandler.

A fuller tribute will, iy”H, appear in a future edition of Hamodia.