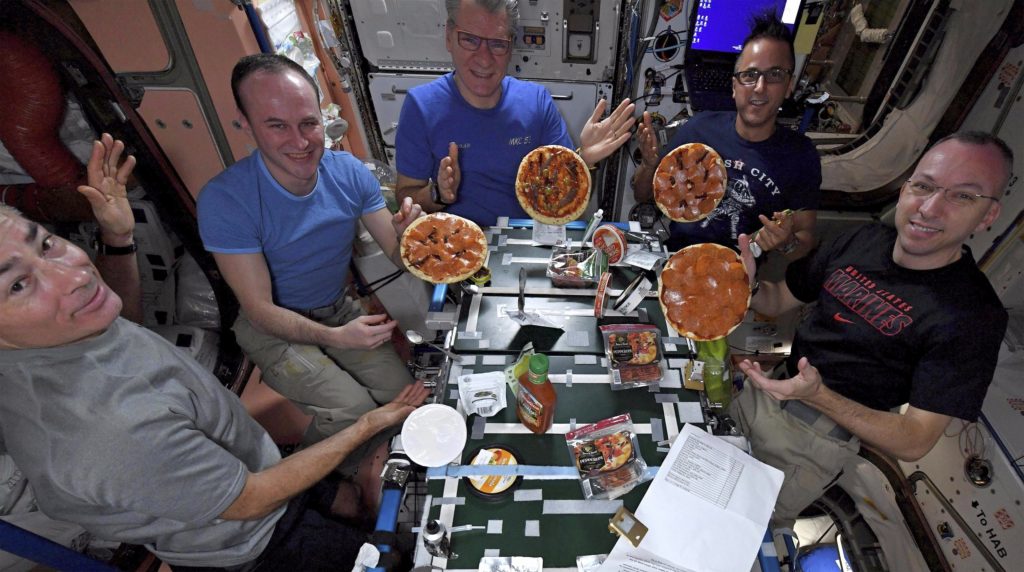 Pizza, a truly international food, has now it has made its way to outer space.

Astronauts at the International Space Station posted pictures and a video over the weekend of their small, made-from-scratch pizza pies. The fixings flew up last month on a commercial supply ship, and the crew wasted little time pulling out the flatbread, tomato sauce, cheese and other toppings.

After making their own individual-size pizzas, the six astronauts tossed and twirled them like floating Frisbees, before heating and devouring them.

Nespoli has just over a week before returning to true Italian cuisine. He will land in Kazakhstan on Dec. 14, along with Bresnik and a Russian.