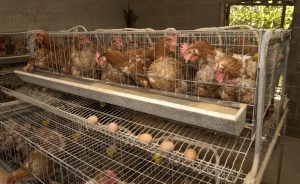 A dozen states want the U.S. Supreme Court to block a California law requiring any eggs sold there to come from hens that have space to stretch out in their cages.

The Missouri attorney general says a lawsuit will be filed Monday alleging California’s law has cost consumers nationwide up to $350 million annually because of higher egg prices since it took effect in 2015.