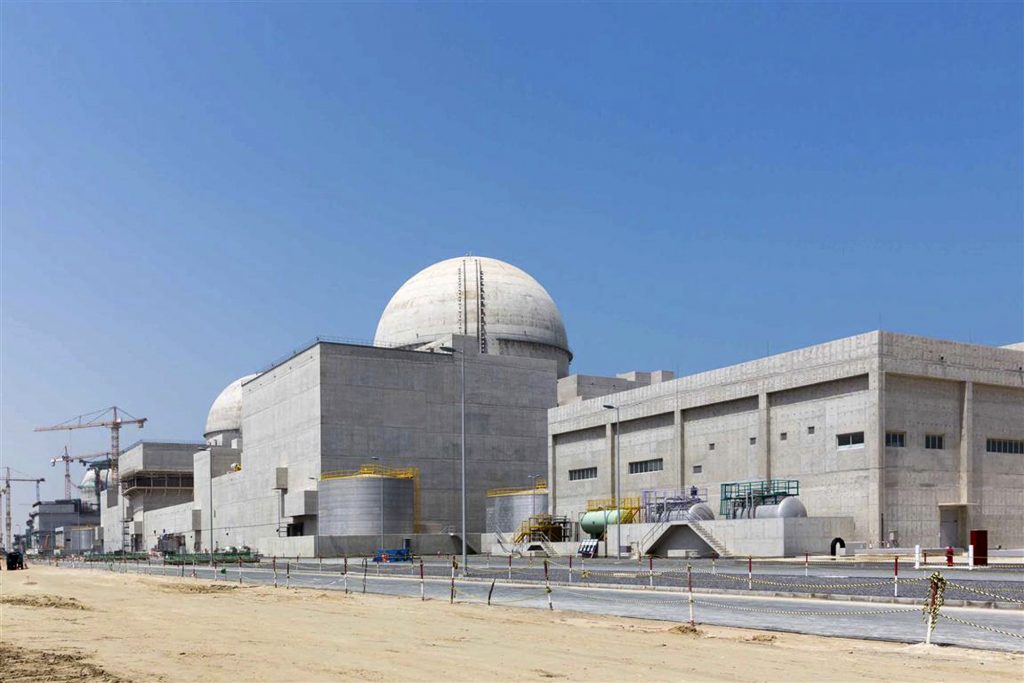 The United Arab Emirates on Sunday denied a claim by Yemen’s Shiite rebels that a rebel missile had been fired toward the country’s under-construction nuclear plant.

The rebels, known as Houthis, earlier in the day claimed they had launched a missile toward the plant in Abu Dhabi in the first such strike toward the country.

“The National Emergency and Crisis and Disasters Management Authority denies the claim that the Houthis fired a missile toward the country,” the UAE’s state-run WAM news agency said. “The UAE possesses an air defense system capable of dealing with any threat of any type or kind.”

The statement added that the nuclear power plant was well-protected.

The National, a state-aligned newspaper in Abu Dhabi, also reported that Barakah’s operations were “unaffected on Sunday, while sources on the ground confirmed there were no signs of an attack to the structure.” The newspaper did not elaborate.

The UAE is a major U.S. ally that hosts some 5,000 American troops and is the U.S. Navy’s busiest foreign port of call. The U.S. military’s Central Command, which oversees its Mideast operations, as well as the Pentagon, had no immediate comment on Sunday.

The $20 billion Barakah nuclear power plant is in Abu Dhabi’s far western desert. The first of its four reactors, being built in the UAE near its border with Saudi Arabia, is scheduled to come online in 2018.

The UAE, like other U.S. Gulf allies in the region, has the Patriot Missile defense system capable of shooting down ballistic missiles and is the only international client to have on delivery the U.S.-made Terminal High Altitude Area Defense system.

The Houthis last month had targeted the Saudi capital, Riyadh, with a ballistic missile that was intercepted by Saudi air defenses. It was the deepest strike inside the kingdom since the war between the Saudi-led coalition and the Houthis and their allies began in March 2015.

But for the Houthis to launch a missile from Yemen at the UAE, it would likely have to fly over Saudi Arabia’s vast southeastern desert in order to reach Abu Dhabi.

Sunday’s claim came amid heavy fighting in Yemen’s capital, Sanaa, where the Houthis are facing off with fighters loyal to the country’s former president, Ali Abdullah Saleh, in the fifth straight day of street fighting as the alliance between the two unravels.

The Houthis have accused Saleh of striking deals with the Saudi-led coalition, which has been waging an air campaign against the Houthi-Saleh alliance for nearly three years.

Since the recent clashes erupted, the Saudi coalition has been targeting the Houthis and backing Saleh’s camp to control Sanaa. The UAE is an active member of the coalition and its forces have mostly focused on securing the southern region of Yemen.

Senior Houthi official Deif-Allah al-Shami told The Associated Press that the missile fired toward Abu Dhabi was a “message to the United Arab Emirates for its political and financial support to Saleh.”

He said that the UAE has hosted members of Saleh’s family, including his son who was an ambassador to the UAE and believed to be residing here during the conflict. Al-Shami also said the rocket attack was a message that “we will continue to target every nation that participated in the aggression against Yemen.”

At least 100 Emirati soldiers have been killed in the war, which was launched to dislodge the Houthis from Sanaa after they overran the capital and kicked out the internationally-backed Yemeni government from power. The conflict has killed more than 10,000 Yemeni civilians and pushed millions to the brink of famine.

Saudi Arabia has accused Iran of supplying Houthis with missiles, including the one used to target Riyadh on Nov. 4. Both the Houthis and Iran deny the claim.

Iran, meanwhile, has close trade ties with the UAE. In November, Iranian authorities ordered a two-day ban on a hard-line Iranian newspaper after it ran a headline saying the UAE’s tourism hub of Dubai was the “next target” for Yemen’s Houthi rebels.

The UAE on Sunday was celebrating its 46th National Day with a four-day-long public sector holiday. On Thursday, the country also marked Martyr’s Day to commemorate the country’s fallen soldiers.