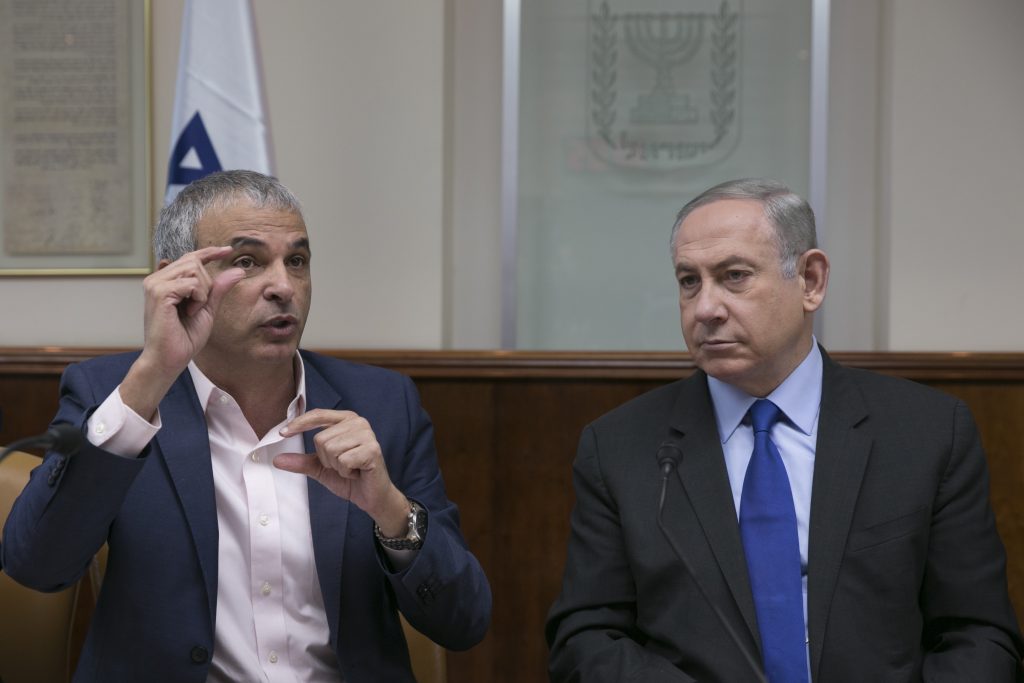 Commenting on what appears on the way to be a lowering of the corporate tax rate from 35 percent to 20 percent, along with cuts in personal income tax, PM Netanyahu said:

“The U.S. decided yesterday to cut taxes. There, too, they are fighting against bureaucracy. We’re in a global world. We must not lag behind in the benefits we give our business sector, both in taxes and in limited regulation and bureaucracy.”

PM Netanyahu added that his task force on trimming the regulatory tangle has been making progress: “We are holding a meeting of ministers, once every few months, and we are taking the axe, the machete, and hacking paths through the jungle. We are having success. In two years, Israel has become lower on the international competition index – the positive direction, from 27th place to 16th place. I am telling you this, and we are saying it constantly, but there is no silver bullet – no one measure that really gives you an enormous push.”

Earlier, Finance Minister Moshe Kahlon had addressed the development, saying that although Israel’s corporate tax rate is set to be cut this month from 24 to 23 percent, more will have to be done to provide a hospitable tax environment for foreign companies.

“We will receive all the details from our companies abroad about the tax reform and we must address it,” Kahlon told Channel 10. “What is the danger of companies here packing up and moving there? There are many implications. We will have to make adjustments.”