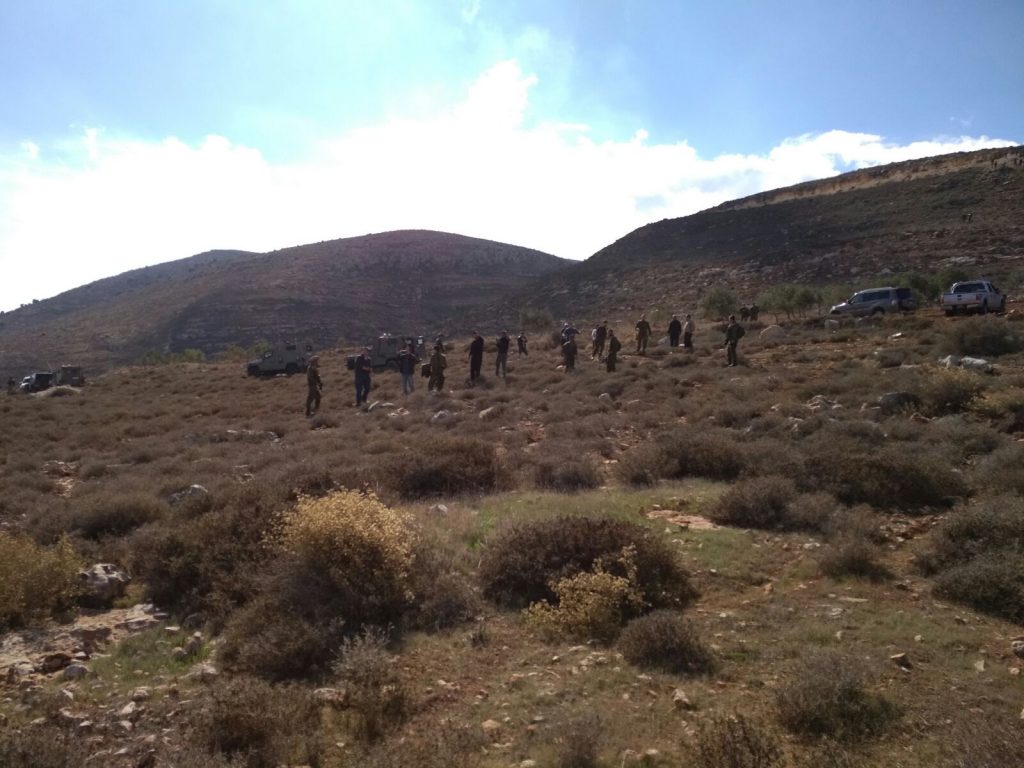 Shomron Council head Yossi Dagan plans to award a medal to the parents who, accompanying a group of children on a hike near Shechem, prevented a lynching that could have resulted in the mass slaughter of Jews, by shooting one of the Arab rioters. Dagan made the announcement Motzoei Shabbos, after the IDF on Friday said that it had questioned the parents who had accompanied the children, one of whom shot the 48-year-old Arab.

In the incident Thursday, a group of two dozen bar-mitzvah-age children on a hike were savagely attacked by dozens of Arab rioters. The Jewish children were forced to run and ended up taking shelter inside a cave. One of the rioters was shot by a security officer who was accompanying the group. A Palestinian news agency report said that the rioter died from his wounds.

The incident occurred near the town of Migdalim, outside Shechem. The route used by the hikers was not located near any Arab town or village. Nevertheless, the group was attacked by a large gang of Arab rioters, who threw stones and bricks at the children. Witnesses said that three of the children were injured. The children eventually made their way to a cave in order to escape the attack. A Palestinian report said that the children were being “held prisoner” in the cave. During the rioting, a security guard who was accompanying the group shot in the air in order to ward off the rioters. A 48-year-old Arab was hit by the bullets, later dying of his wounds. Arabs were able to reach another security guard, pummeling him with rocks and stealing his weapon. The group called for police and army assistance, and the latter arrived after several minutes and broke up the riot. The children were eventually evacuated from the area on an IDF bus.

According to the army, the shooter was being questioned for “wantonly” shooting the Arab, and using unnecessary force to halt the attack. The army statement also said that the hikers were in an unauthorized area, and that they had not received a permit from the army to hike in the area. In response, Dagan said that the incident had occurred in Area C, which is under Israeli military civilian and security control, where permits for hikes are not required.

Dagan said that “the people involved are heroes, who defended the children with their bodies and did everything necessary to bring them home. I expect the security authorities to act with a heavy hand against the terrorists who tried to commit the murders of children who wanted nothing more than to take a hike in their land. I expect that authorities will deal with these rioters as they would with murderers.”