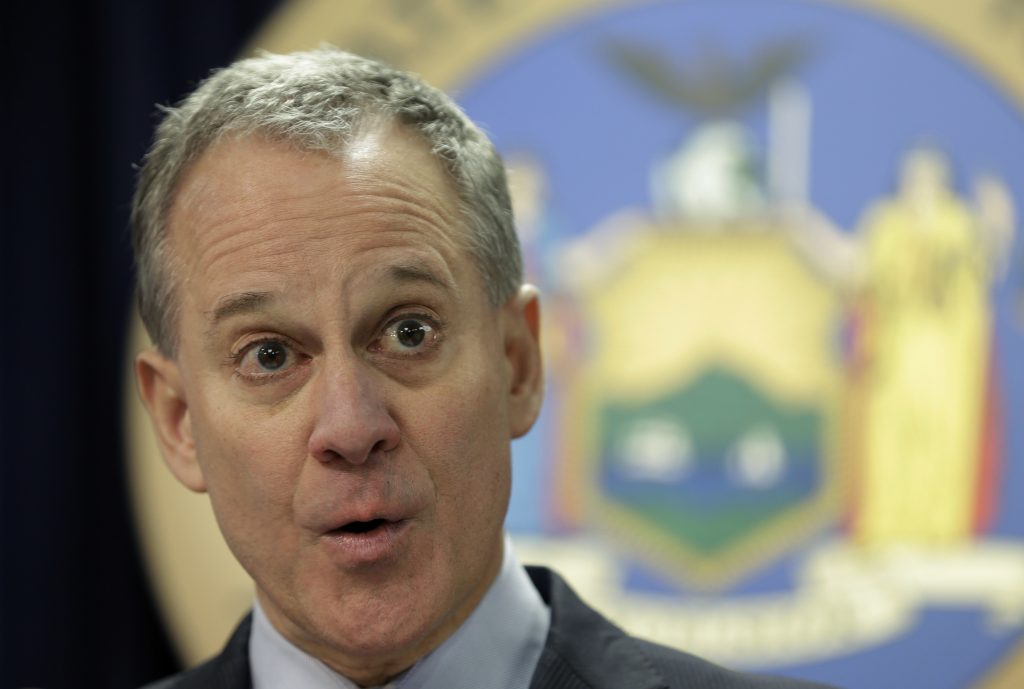 New York state’s attorney general has set a controversial conservative group in his sights, threatening to strip it of the ability to raise funds over a violation.

Attorney General Eric Schneiderman’s office said that Project Veritas, which has used disguises and hidden cameras to uncover bias in the mainstream media, hadn’t disclosed its founder’s criminal record, a requirement for registered charities in New York. Project Veritas President James O’Keefe had been convicted in 2010 on a misdemeanor for entering government property under false pretenses.

The charges related to an incident in which O’Keefe posed as a telephone repairman to enter the office of then-Louisiana Sen. Mary Landrieu, a Democrat. O’Keefe said he and his co-defendants were investigating allegations that Landrieu was ignoring constituent calls during the Obamacare debate.

The letter from Schneiderman’s office directed Project Veritas to provide additional information within 15 days, noted the organization has been barred from soliciting donations in Mississippi and Utah. “Failure to provide the requested information may subject Project Veritas to further legal action, including cancellation of its registration to solicit contributions in New York,” wrote James Sheehan, chief of the attorney general’s charities bureau.

Project Veritas is currently reviewing Schneiderman’s claims, according to spokesman Stephen Gordon. He said the group attempts “to comply not only with the letter of the law but also the spirit of the law in every state.”

“This is clearly politically motivated and appears to be an intentional, well-orchestrated and malicious attempt to shut us down,” he said.