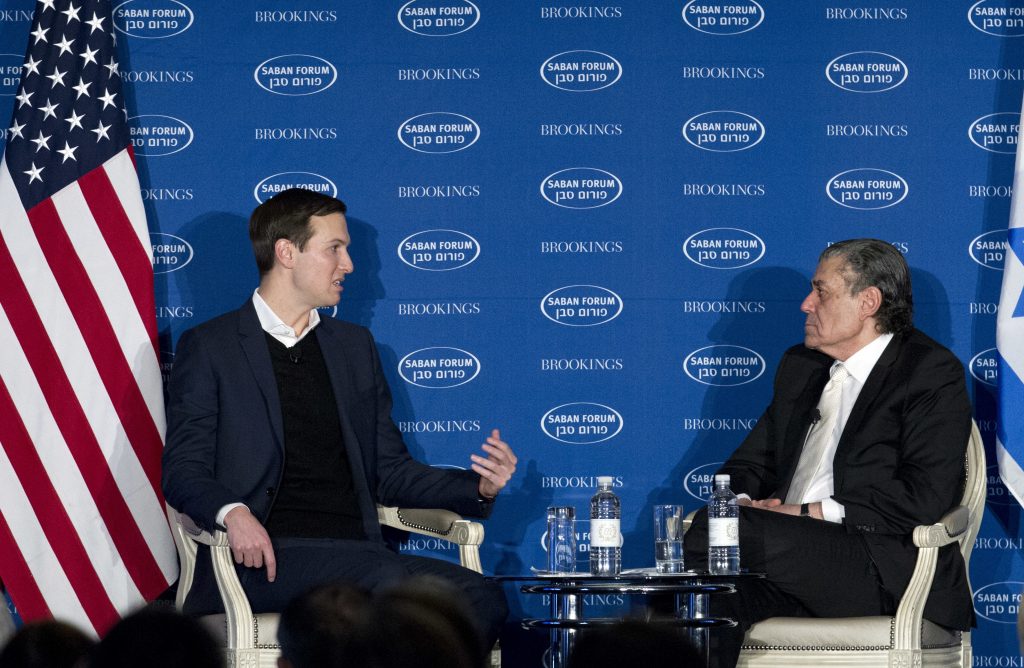 Israeli Prime Minister Binyamin Netanyahu on Sunday compared the Iranian regime to Nazi Germany in a video statement to the Saban Forum in Washington.

Mr. Netanyahu was in fact allying himself to a recent statement of the Crown Prince of Saudi Arabia who “referred to Iran’s Supreme Leader as the new Hitler of the Middle East.

Regarding the Iran nuclear deal, also known as the JCPOA, Mr. Netanyahu urged attendees to the prestigious annual gathering to support President Donald Trump’s effort to revise the accord:

“I know none of you want to see the Iranian regime armed with nuclear weapons. But the JCPOA will leave Iran able to produce the fuel for an entire nuclear arsenal in about a decade. President Trump has created an opportunity to fix the great flaws of the JCPOA. I urge you, in the policy community, to help decision makers in the capitals of Europe and Capitol Hill, to take advantage of this opportunity.”

Another headlined guest at the Saban Forum on Sunday was White House advisor Jared Kushner.

However, when asked questions on the Mideast peace process, Kushner did not shed much light on it.

He noted that it is not realistic to hope for alliances between Israel and the moderate Sunni states as long as the Palestinian problem has not been solved.

He once again touted the president’s talent for deal-making, but was sparse on details.

“We’ve solicited a lot of ideas from a lot of places,” he said, and that they are not setting any deadlines for the presentation of a new peace plan, though one is in the planning stages.

As for the highly-anticipated announcement on the subject of relocation of the U.S. embassy to Yerushalayim or recognition of the city as Israel’s capital, he observed wryly that “all reporters have called saying they have inside sources and they know what his position is,” though he hasn’t decided yet.

“The president is going to make his decision. He’s still looking at a lot of different facts, and when he makes his decision, he’ll be the one to want to tell you.”