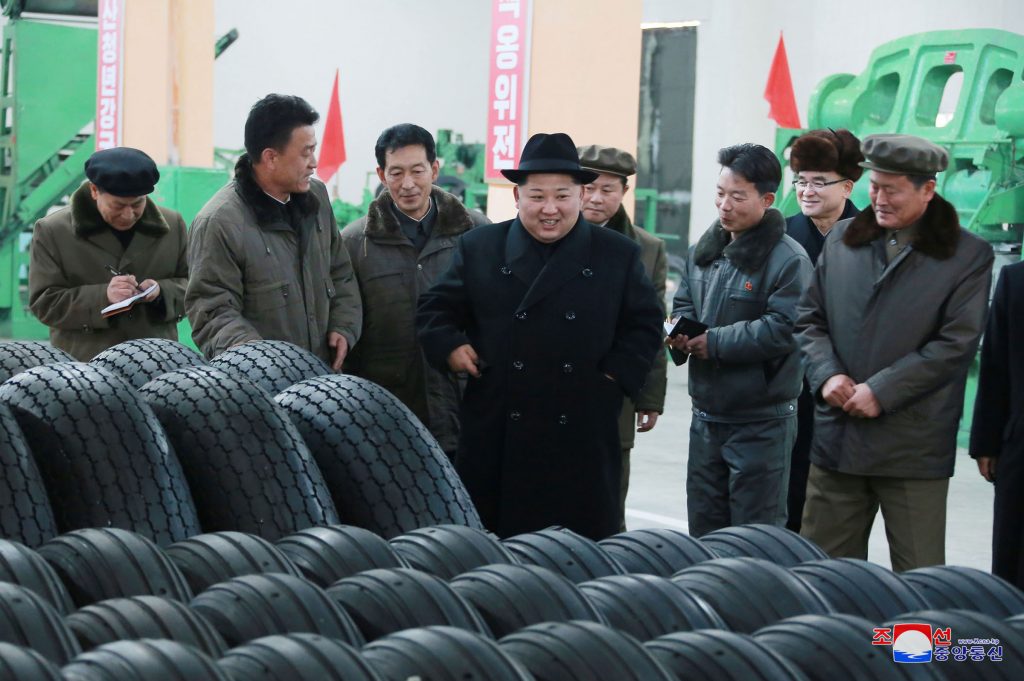 North Korean leader Kim Jong Un thanked workers during a visit to a factory that built the tires for a huge vehicle used to transport a new intercontinental ballistic missile that was test-launched last week, the country’s media reported Sunday.

The launch of the Hwasong-15 ICBM in violation of international sanctions was celebrated Friday with a massive public rally and fireworks in the capital, Pyongyang.

At the tire factory, Kim complimented workers for manufacturing the large-size tires for the 9-axle missile truck without relying on imported equipment and called for efforts to raise production to “satisfy the daily-increasing needs in developing the country’s economy and beefing up national defense capabilities,” the North’s official Korean Central News Agency said Saturday.

Kim in September tasked the Amnokgang Tire Factory to make the tires for the “great event in November,” the agency reported.

South Korea’s military believes that the latest missile, which flew 600 miles before splashing down in waters near Japan, is potentially capable of striking targets as far as 8,100 miles, which would put Washington within reach.