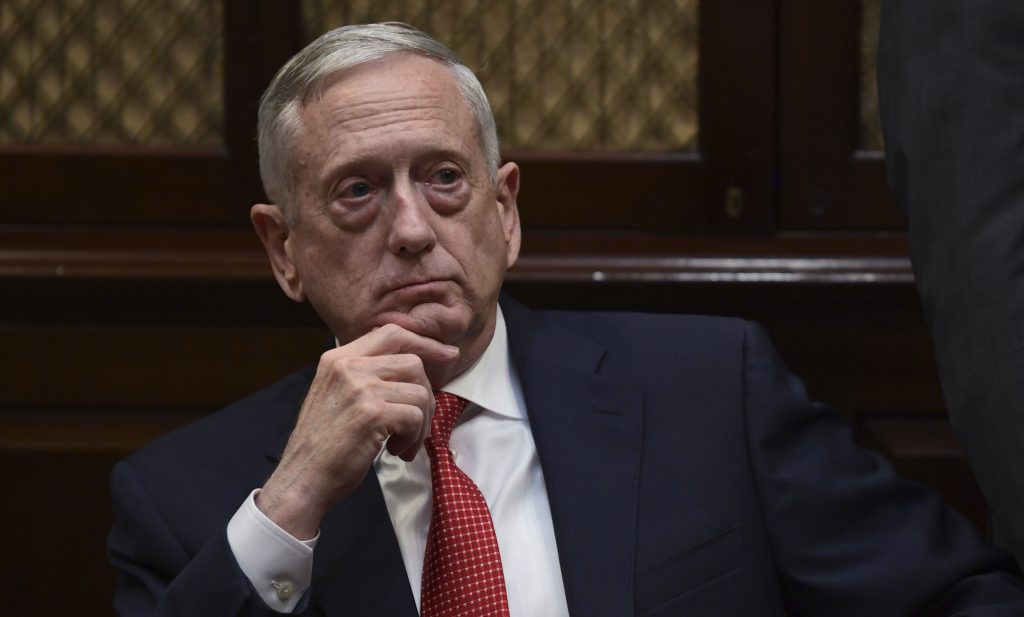 Defense Secretary Jim Mattis will meet with Pakistan leaders Monday to seek common ground on the counterterrorism fight, amid Trump administration calls for Islamabad to more aggressively go after the insurgents moving back and forth across the border with Afghanistan.

Mattis said he wants to work with Pakistan to address the problems, adding that the U.S. is committed to a pragmatic relationship that expands cooperation while also “reinforcing President Trump’s call for action against terrorist safe havens.”

“We have heard from Pakistan leaders that they do not support terrorism. So, I expect to see that sort of action reflected in their policies,” Mattis told reporters traveling with him in the Middle East before his trip to Islamabad.

Asked if he was going to press the Pakistani leaders to take more action against the terrorists, Mattis said: “That’s not the way I deal with issues. I believe that we work hard on finding the common ground and then we work together.”

Mattis’ optimism, however, comes despite persistent U.S. assertions that Islamabad is still not doing enough to battle the Taliban and allied Haqqani network terrorists within its borders.

Since the start of the war in Afghanistan, terrorists in Pakistan have crossed the mountainous and ill-defined border to wage attacks against U.S., Afghan and allied forces. They then would return to their safe havens in Pakistan, where they have had a long-standing relationship with the ISI, Islamabad’s intelligence agency.

In a blunt assessment early last week, Gen. John Nicholson, the top U.S. commander in Afghanistan, said there have been no changes in Pakistan’s support for terrorist networks.

“They identified certain steps that they were going to take. We’ve not yet seen those steps play out,” Nicholson told reporters in a recent briefing.

The U.S., he said, has been very direct about what it expects Pakistan to do in the fight against the Taliban.

“We’re hoping to see those changes,” he said. “We’re hoping to work together with the Pakistanis going forward to eliminate terrorists who are crossing” between Pakistan and Afghanistan.

The White House, meanwhile, condemned Pakistan’s release late last month of a U.S.-wanted terrorist as a “step in the wrong direction” and warned that it could harm Islamabad’s relations with America and its reputation around the world.

In August, the U.S. said it would hold up $255 million in military assistance for Pakistan until it cracks down on terrorists threatening Afghanistan.

President Donald Trump’s tough words about Pakistan as he unveiled the updated U.S. strategy for the war in Afghanistan, infuriated Islamabad and triggered anti-U.S. protests there that Pakistani police had to use tear gas to disperse.

Pakistani Foreign Minister Khawaja Asif said during a visit to Washington in October that Pakistan was willing to cooperate fully with the Trump administration. He said Pakistan had wiped out terrorist hideouts with little help from the U.S.

Mattis’ trip to Pakistan comes at the end of a short trip to the region, including stops in Egypt, Jordan and Kuwait.